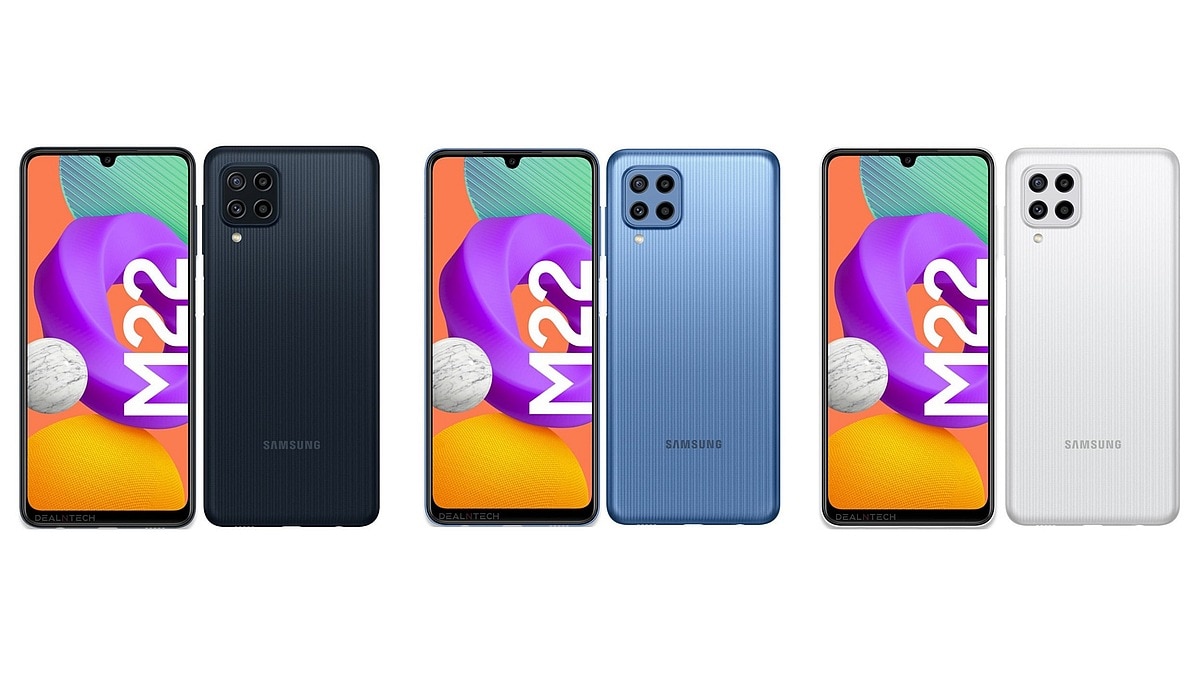 Samsung Galaxy M22 launch could be imminent as its support page has reportedly surfaced online. The support page doesn’t mention much information apart from the model number for the upcoming smartphone. The Samsung smartphone is expected to be powered by a MediaTek Helio G80 SoC that could be paired with 4GB of RAM and 128GB of onboard storage. However, there is no confirmation if this would be the sole storage configuration on offer. The design of the Galaxy M22 is speculated to be similar to the design of the Galaxy A22.

As per a report by MySmartPrice, the support page for the Samsung smartphone has gone live on its Russia website. The publication also shared a screenshot of the page. Gadgets 360 was unable to verify the page on the website. The page reportedly doesn’t disclose the name of the upcoming smartphone but mentions the model number — SM-M225FV/DS — that is speculated to belong to Galaxy M22. The DS at the end of the model number suggests that the smartphone may have a dual-SIM setup. Apart from this, the support page doesn’t mention any other detail about the smartphone.

An earlier report brought word of the possible price for Samsung Galaxy M22. The 4GB + 128GB onboard storage variant is expected to be priced at EUR 239.90 (roughly Rs. 20,800). This report also tipped the design and key specifications of the smartphone.

The Galaxy M22 is expected to sport a similar design to the Galaxy A22 — launched in India in June — with a quad rear camera setup placed within a square housing on the top left corner, along with a circular LED flash below it. At the front, the smartphone may sport Samsung’s signature Infinity-V waterdrop-style notch for the selfie camera. Samsung is expected to offer the smartphone in Black, Blue, and White colour options.

Samsung’s upcoming Galaxy M22 is expected to sport a 6.4-inch HD+ (720×1,600 pixels) Super AMOLED Infinity-V display with a 90Hz refresh rate. It could be powered by a MediaTek Helio G80 chipset that could be paired with 4GB of RAM and 128GB of onboard storage. It could also have a microSD card slot with support for up to 1TB storage.

Are the Galaxy Z Fold 3 and Z Flip 3 still made for enthusiasts — or are they good enough for everyone? We discussed this on Orbital, the Gadgets 360 podcast. Orbital is available on Apple Podcasts, Google Podcasts, Spotify, Amazon Music and wherever you get your podcasts.
Affiliate links may be automatically generated – see our ethics statement for details.
This article was originally published by Ndtv.com. Read the original article here.
Share on Facebook
Share on Twitter
Share on Pinterest
Share on LinkedIn