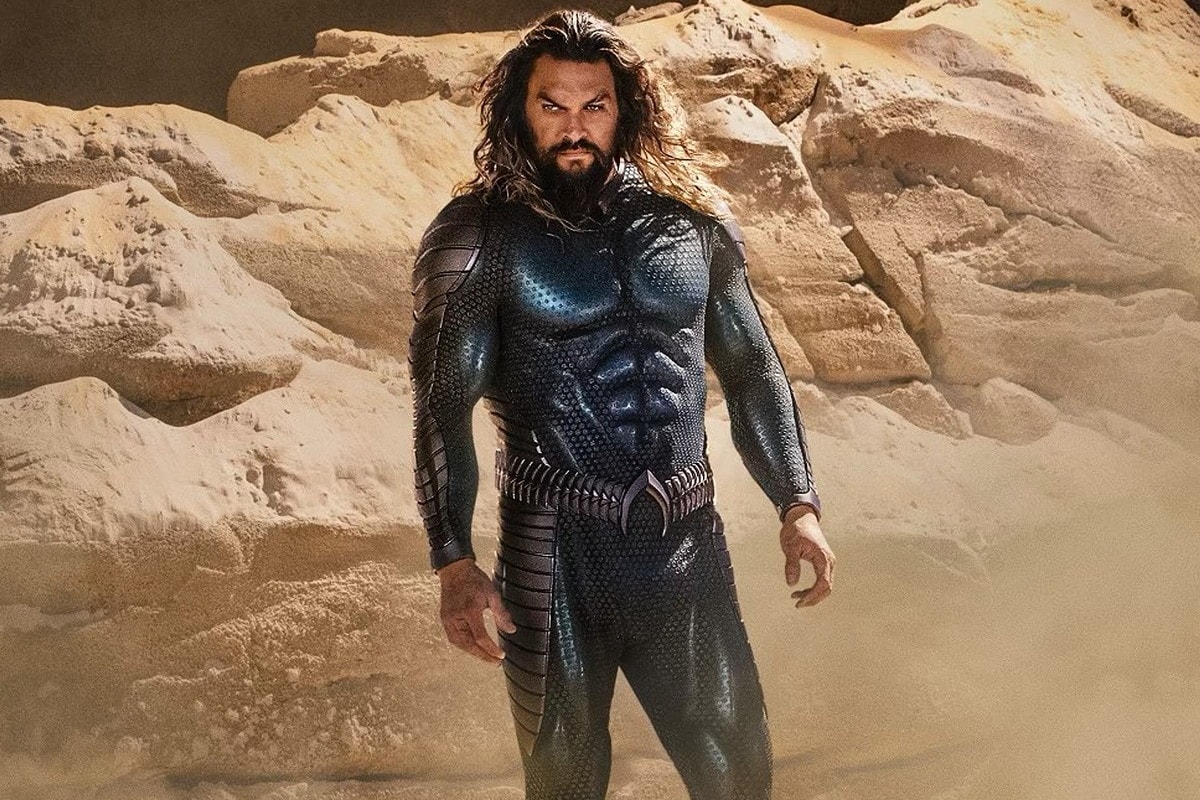 Aquaman’s new costume — for the sequel Aquaman and the Lost Kingdom — is here. On Sunday, Aquaman star Jason Momoa and directed James Wan took to Instagram to unveil a new navy blue and steel-coloured costume that Momoa will don in the second Aquaman movie. Unlike the original suit from the first film (that Momoa and Wan also posted to Instagram), this one is less flashy and not gilded, and it doesn’t stand out. As Wan noted, the new suit is a stealth suit — inspired by the blue suit from the mid-80s Aquaman comics miniseries — that will allow Aquaman to blend into the ocean, drawing off the cephalopod’s camouflaging ability.

Shazam! star Zachary Levi acknowledged the origins as well in his comment on Momoa’s post, writing: “Stealth mode!!! 👏💃.” Levi was one of many who’ve left a note on Momoa’s Instagram. That included the returning Aquaman villain Black Manta played by Yahya Abdul-Mateen II (“I know a suit that might give you a run, player!! 👊🏾”) — Momoa’s new Aquaman costume brings him closer to Abdul-Mateen’s black costume from the first film.

Black Adam star Dwayne Johnson commented too: “Hell yeah looking great uso!!! 💪🏾🌊.” Uso is the Samoan word for brother — Johnson has Samoan ancestry, while Momoa has Native Hawaiian ancestry. As for Momoa himself, he said in his caption: “Second round. New suit. More action.”

Though the first look photos at the two Aquaman costumes don’t show it as much, Momoa has also previously hinted that he will be sporting blonde hair in Aquaman and the Lost Kingdom. Back in mid-July, when Momoa began filming on the Aquaman sequel, he said in an Instagram video: “I am finally in England. It is sunny out, it’s amazing, and I’m gonna start Aquaman 2 tomorrow. This is the last day of the brown. I’m gonna be a blonde. Supposedly [they] have more fun. I don’t know about that. We’ll test it out. But I’m excited to see [director] James [Wan], see my whole cast.”

Before Aquaman and the Lost Kingdom, Warner Bros. and DC Films will give us the Robert Pattinson-led The Batman from War for the Planet of the Apes director Matt Reeves in March 2022, followed by the Johnson-led Black Adam from The Shallows director Jaume Collet-Serra in July 2022, and It director Andy Muschietti’s The Flash with Ezra Miller, Ben Affleck and Michael Keaton in November 2022. The latter two are part of the DC Extended Universe — while The Batman is standalone, though it’s expected to launch a franchise of its own.

Aquaman and the Lost Kingdom is out December 16, 2022 in cinemas worldwide.

15 Coolest Gadgets That Are Worth Seeing
Netflix Explains How It Will Prevent Account Password Sharing
Apex Legends Mobile Is Shutting Down in May, EA Won’t Offer Refunds for In-Game Purchases
Infinix Zero 5G 2023, Infinix Zero 5G 2023 Turbo With MediaTek Dimensity SoCs, 120Hz Displays Launched in India: Price, Specifications
TikTok CEO to Testify Before US Congress in March Amid Increased Scrutiny Over Security Concerns