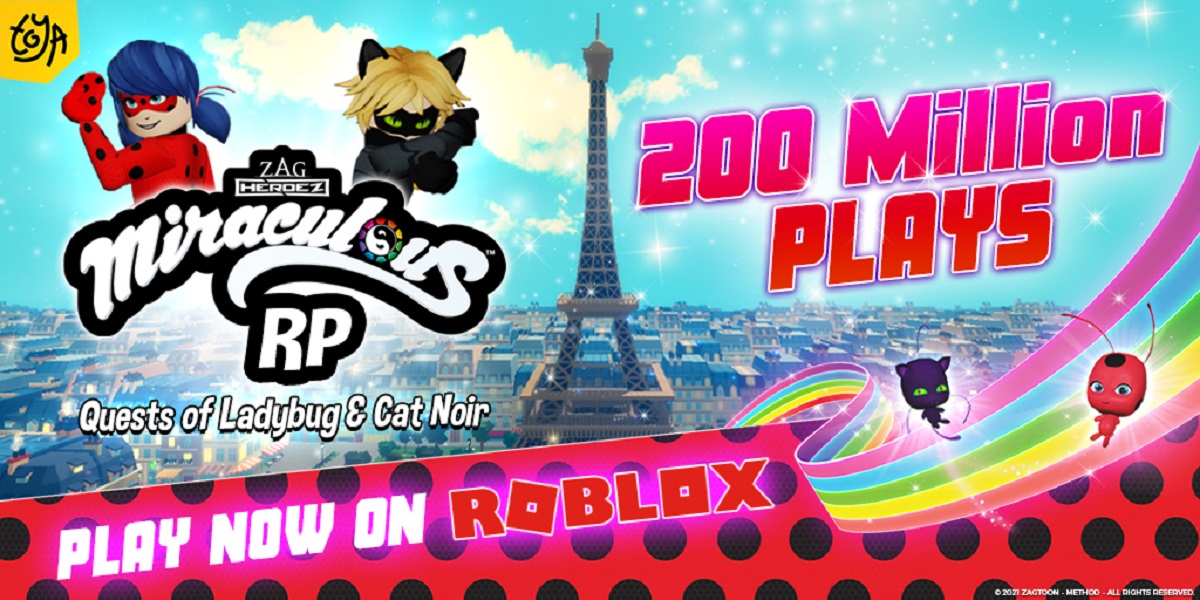 Toya has raised $4 million in funding for the female-founded gaming studio that has a hit Roblox game based on the Miraculous Ladybug brand.

Miraculous RP: Quests of Ladybug & Cat Noir debuted in May, and it has had more than 200 million plays on Roblox. That’s a big result for the Tel Aviv-based Toya.

And it caught the attention of Drive by DraftKings, a fund that the fantasy sports giant helped create. Drive by DraftKings led the funding round. Other investors include Remagine Ventures, Powerhouse Capital, 1Up Ventures led by former Xbox executive Ed Fries, early Roblox investor Craig Sherman, and NFL legend Eli Manning.

Roblox’s games have become so popular that people have played the most popular ones billions of times. In 2020, an average of 32.6 million people came to Roblox every day. More than 1.25 million creators have made money in Roblox. In the year ended December 31, 2020, users spent 30.6 billion hours engaged on the platform, an average of 2.6 hours per daily active user each day.

“Everyone is taking the creator economy very seriously,” said CEO Anat Shperling in an interview with GamesBeat. “It’s not just amateur playtime.”

The raise comes at a critical time for Toya and the broader Roblox ecosystem. Since the beginning of the year, Toya’s player base has grown more than 100 times. The new funding will help Toya enhance the company’s current product offering, integrate new titles onto its growing platform and expand its hiring and partnerships efforts, Shperling said.

“There’s a lot we want to experiment with on the platform,” said Shperling. “The metaverse brings new opportunities, and the success of Miraculous Ladybug has given us the appetite to experiment even further, with more features and ideas that we want to implement in the new titles.”

Others have criticized Roblox for having high fees.

But Shperling said, “I have worked with other user-generated content (UGC) platforms. And I think Roblox is the only one that really knows the creator community and is thinking of us first. They’re rewriting the book in gaming with a devoted massive community that can build the metaverse. They’re the only player as of now that has genuine metaverse DNA with a real sizable ecosystem. When other players talk about the metaverse, it feels to me like lip service.” 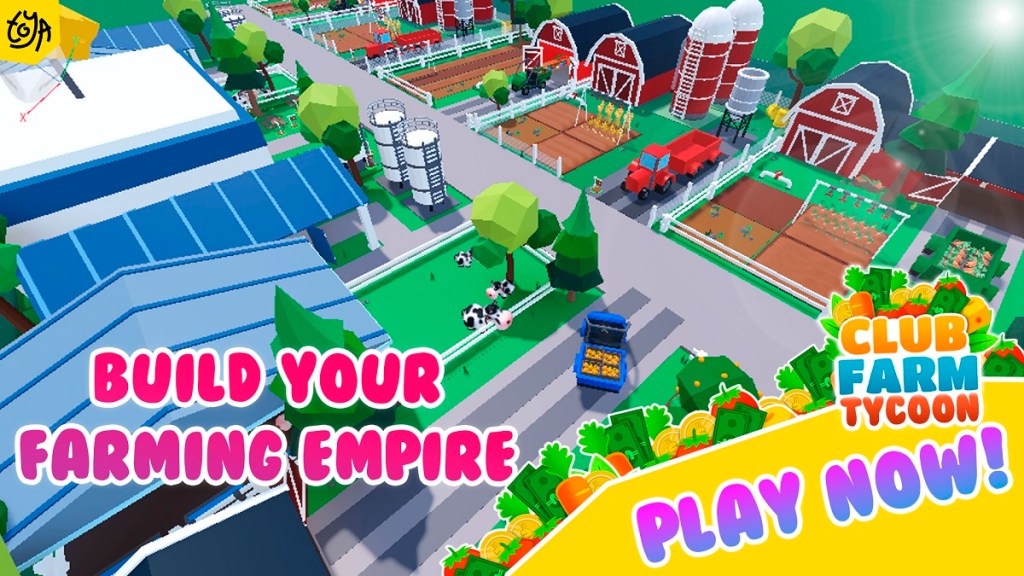 Above: Club Farm is one of Toya’s other games.

Enjoyed by 43 million users daily, Roblox is a global platform redefining the gaming experience by empowering users to explore, play and create. While Toya’s mission may be to create inclusive games for girls and women on user-generated platforms like Roblox, which boasts 44% female users, their games are for everyone everywhere.

Miraculous RP: Quests of Ladybug & Cat Noir was developed by Toya and Zag Games as the first adaptation of an animated TV series for Roblox’s metaverse, the universe of virtual worlds that are all interconnected, like in novels such as Snow Crash and Ready Player One.

Drive by DraftKings CEO and managing partner Meredith McPherron is joining Emily Greer and Shperling on Toya’s board of directors.

“This is going to be extremely helpful for us going forward,” Shperling said.

Shperling and her cofounder, Yifat Anzelevich, started Toya to make games for girls, which has been an underserved market.

Female gamers make up 41% of computer and video game players in the United States in 2020, according to the Entertainment Software Association. Girls and women are getting more and more into esports as well, with reports citing women comprising 35% of esports gamers and 30% of esports viewership. According to Crunchbase, 423 gaming companies had at least one female founder, up from 312 in March 2020. 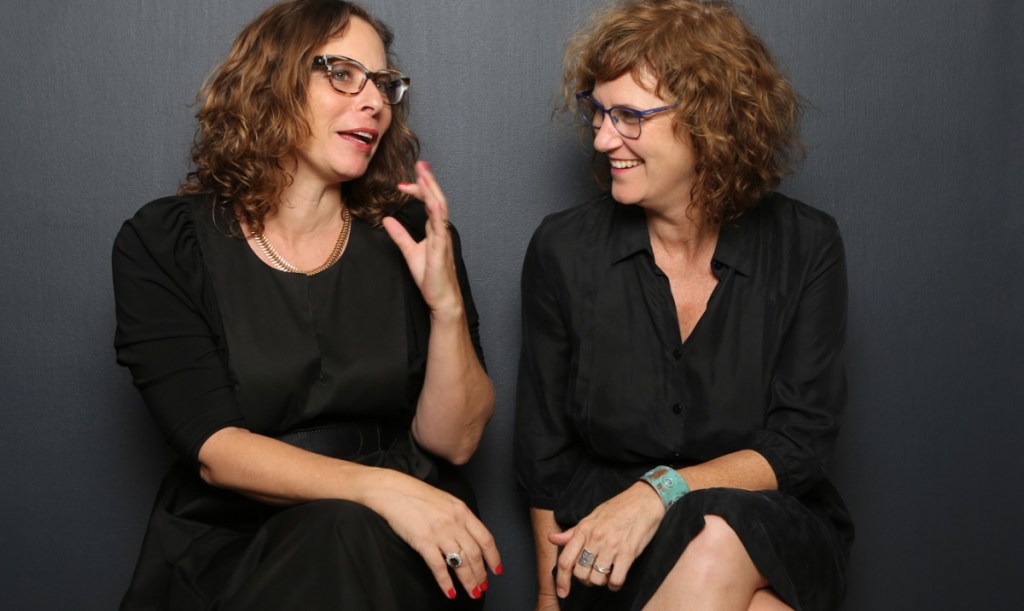 Above: Anat Shperling and Yifat Anzelevich started Toya to make games for girls.

Toya was founded in 2017, and has released 30 games. Toya creates diverse and inclusive content for the metaverse generation.

Shperling said the company is still small with 18 full-time employees, but she hopes to double that in the next six months. She said the company also wants to create other partnerships with brands. Some projects are already in the works — some based on original intellectual property — but Shperling said she can’t talk about them yet.

“Our focus is still all on Roblox and the metaverse,” Shperling  said. “Roblox has been on a strong growth trajectory for the past couple of years. It was like a subterranean current that only people in the gaming knew about. And that all changed with the Roblox initial public offering (IPO) in March, when it became one of the most valued companies in the gaming industry, and attracted the attention of investors.”

Being there early on Roblox, which doesn’t have tons of third-party game makers with professional game developers, was important for Toya, said Shperling. She fully expects Miraculous Ladybug to hit a billion plays within its first 12 months.