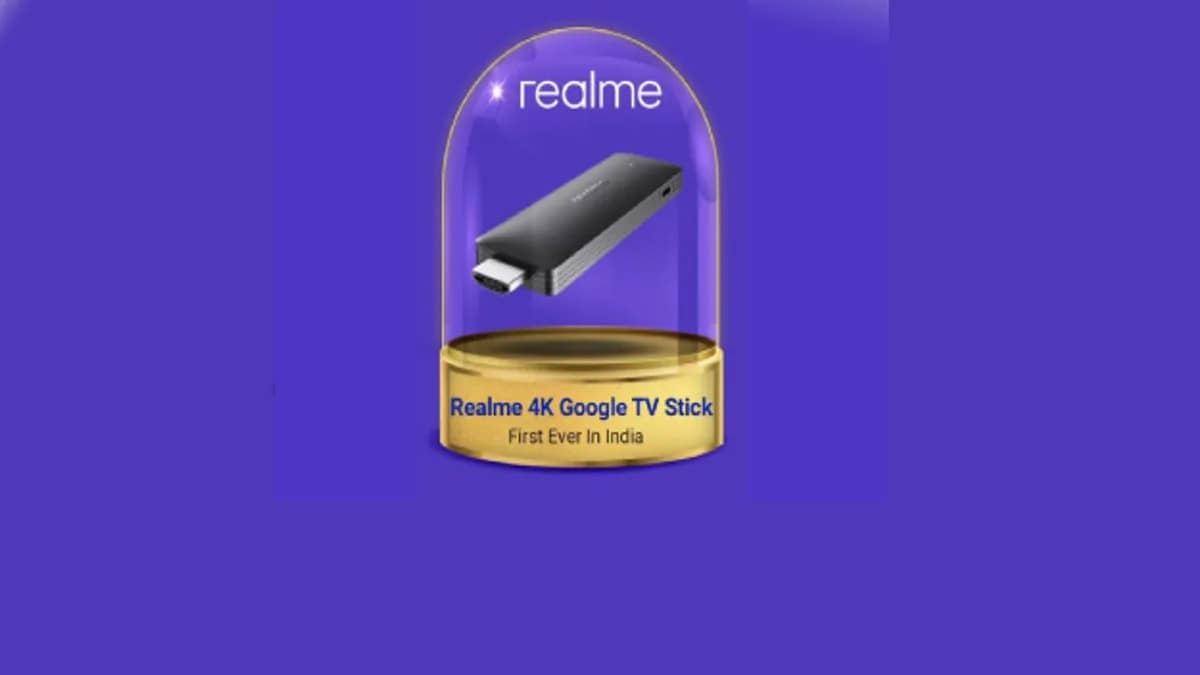 Realme 4K Google TV stick, the first streaming device from the brand, is reportedly making its way to the market soon. Realme is said to be launching the Realme 4K Google TV stick in India during the upcoming Flipkart Big Billion Days sale 2021. The e-commerce site hasn’t revealed the dates yet but has started teasing the annual sale and what to expect from it. Flipkart has previewed some products that would be available for purchase during the Big Billion Days sale this year.

The Flipkart Big Billion Days sale 2021 will also feature new launches from several other brands. The website is now running a sneak peek of some of the offers expected. Product categories will include new Intel-powered laptops, TWS earphones, and smartwatches, among others. Apart from the new launches, Flipkart has also teased deals on Apple, Oppo, Samsung, and Vivo products.

As of now, it’s unclear how the Realme 4K Google TV will be priced and positioned in a competitive space. If it turns out to be a premium streaming device, the Realme 4K Google TV stick can be expected to compete with the likes of the newly launched Amazon Fire TV Stick 4K Max. The new device launched as an upgrade to the Fire TV Stick 4K has support for Dolby Vision format. It has a quad-core MediaTek MT8696 SoC clocked at 1.8GHz, paired with 2GB of RAM and an IMG GE8300 GPU clocked at 750MHz. Amazon provides 8GB of onboard storage on Fire TV Stick 4K Max. It carries a MediaTek MT7921LS chipset to enable Wi-Fi 6 connectivity. Wi-Fi 6 support, Bluetooth v5.0 connectivity, and support for a Live View feature are the other attractions of the device. Amazon Fire TV Stick 4K Max price in India has been set at Rs. 6,499.