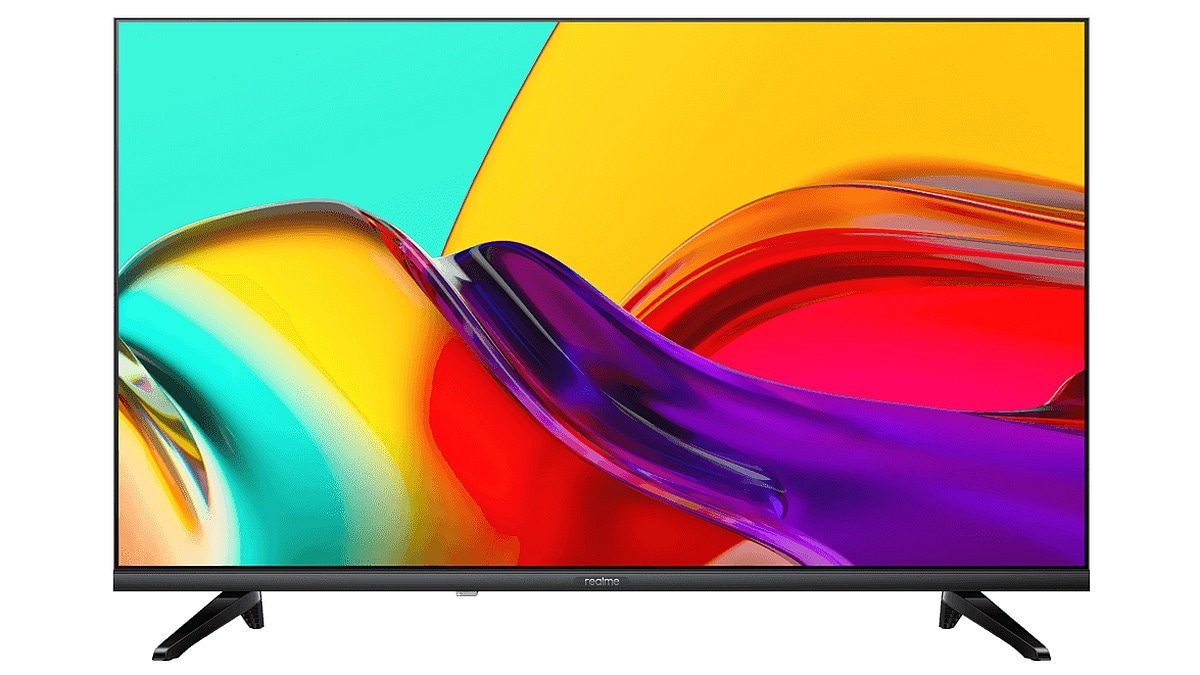 The Realme Smart TV Neo 32-inch is priced at Rs. 14,999. It will be available to purchase via Realme’s website, Flipkart, and offline stores starting October 3 at 12pm IST (noon). The smart TV will be available in a sole Black colour option.

The Realme Smart TV Neo will be offered with a Rs. 350 discount when purchasing via the MobiKwik wallet.

The smart TV from Realme features a bezel-less 32-inch display and has TUV Rheinland low blue light certification. It is powered by a quad-core MediaTek processor that is built on a 64-bit architecture with ARM Cortex-A35 CPU and Mali 470 GPU. The processor supports a Chroma Boost picture engine that is said to enhance the picture quality along with improving the brightness, colour, contrast, and clarity.

For audio, the Realme Smart TV Neo 32-inch features 20W dual speakers with support for Dolby Audio that is said to reproduce a crystal clear sound quality. Connectivity options include 2.4GHz Wi-Fi, two HDMI ports, a USB Type-A port, an AV port, and a LAN port. It also features CC Cast that enables users to play mobile games or stream videos from their smartphones or tablets onto the TV.

The Realme Smart TV Neo 32-inch comes with the YouTube, Hungama, and Eros Now apps preinstalled. The TV runs its own smart TV OS, and not Android TV.

It’s an all television spectacular this week on Orbital, the Gadgets 360 podcast, as we discuss 8K, screen sizes, QLED and mini-LED panels — and offer some buying advice. Orbital is available on Apple Podcasts, Google Podcasts, Spotify, Amazon Music and wherever you get your podcasts.
This article was originally published by Ndtv.com. Read the original article here.
Share on Facebook
Share on Twitter
Share on Pinterest
Share on LinkedIn

WhatsApp Native Beta App for macOS Is Now Rolling Out: Report
Gaming Is Evolving Into a Lifestyle for Young Gamers, Boosting PC Demand in India
Microsoft Reportedly Hosted Sting Concert in Davos a Night Before Laying Off 10,000 Workers
Clap to join the Dark Side
Apple Rolls Out Software Updates With Critical Security Fixes for Older iPhones, iPads, MacBooks