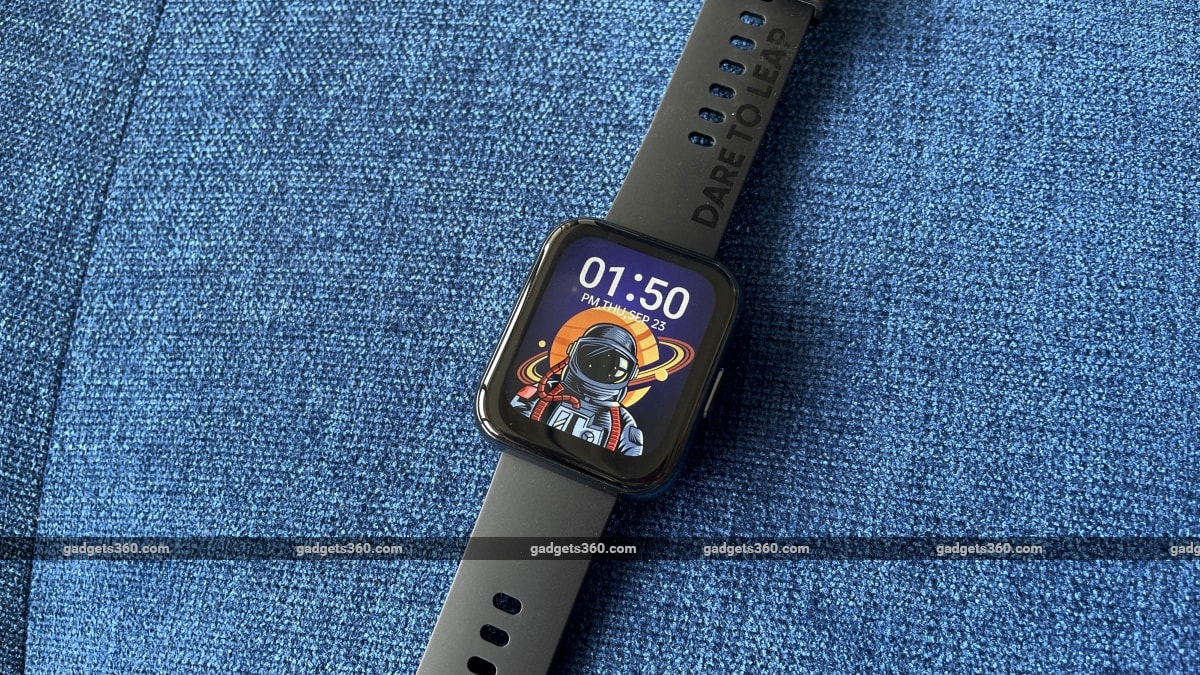 It isn’t uncommon to see high-end features such as GPS tracking on expensive smartwatches and fitness trackers; if anything, it’s expected. This is a must-have feature for fitness-focused users, since it allows for accurate statistics regarding distance, pace, and location during workouts. Many people even like to share their workout maps on social media. That said, budget smartwatches are usually short on premium features such as this, and instead rely on basic hardware such as a pedometer to track activity, and then estimate the distance covered.

Realme’s latest smartwatch, the Realme Watch 2 Pro, is among the most affordable devices of its kind to come with GPS tracking built-in. Priced at Rs. 4,999, the Watch 2 Pro also has a 1.75-inch colour touch screen, and supports heart rate and SpO2 monitoring. It even gives you over 100 watch faces to customise the look of your device. Is this the best budget smartwatch you can buy right now? Find out in this review.

The Realme Watch 2 Pro has a 1.75-inch rectangular screen that’s curved at the corners. The chin is slightly thicker than the bezels around the rest of the screen. The casing of the watch is plastic all around, and has a reflective finish that looks quite nice.

On the right side is a single physical button that controls the power and standby, and is also used to go back when navigating through the watch interface. You can wake the screen with a lift-to-wake gesture, by pressing the button, or tapping the screen once. There are two colour variants of the Realme Watch 2 Pro, Space Grey and Metallic Silver. The watch casing is different, and so is the included strap. This wearable is compatible with standard 22mm watch straps.

The bottom of the watch has sensors to detect heart rate and SpO2 levels, and the contact points for charging. I found the watch very comfortable to wear over long periods of time. IP68 dust and water resistance meant that I could wear it all the time and didn’t need to worry about getting it wet.

The Realme Watch 2 Pro has a 320×285-pixel 1.75-inch screen with a refresh rate of 30fps and a rated peak brightness of 600 nits. Indeed, the screen is considerably sharper than those on any of the other budget smartwatches I’ve reviewed recently; text, animations, and watch faces look sharp and detailed. The device weighs 40g with the strap, has a 390mAh battery, and uses Bluetooth 5 for connectivity.

Charging the Realme Watch 2 Pro is much like charging any other budget smartwatch. The included magnetic charger has a round, heavy ‘dock’-like design, and stays in place very securely. The other end is a USB Type-A plug that will connect to most adapters or USB ports.

The Realme Watch 2 Pro is IP68 water resistant, so you don’t need to worry too much about water exposure

Realme’s UI and interface for the Watch 2 Pro is about as simple as it gets for a smartwatch, with changeable watch faces, a notification shade, an app drawer, a quick settings shade, and a quick overview of fitness stats for the day. All of this can be navigated through using taps and swipes, with the button on the right used to go back a step, or put the device in standby from the home screen. It’s easy enough to use once you’re accustomed to where everything is.

Depending on the watch face you select, it will have information on screen or some tappable areas which will open apps or menus. You can have a total of seven watch faces on the Realme Watch 2 Pro at any time (of which four are fixed and three are changeable), and switch between them directly from the device itself. The notification shade gives you quick previews of notifications you’ve received, while the quick settings panel lets you control brightness, battery saver mode, and wrist detection, among others.

There are a few apps and tools built into the smartwatch, covering most key functions such as activity, sleep and workout tracking, heart rate and SpO2 monitoring, plus alarms, weather, a stopwatch and timer, and music and camera controls for your smartphone. Realme Link lets you quickly control compatible smart appliances from the watch, which I found quite useful. You can’t install any additional apps on the Realme Watch 2 Pro.

The Realme Watch 2 Pro connects with a smartphone using the Realme Link app, and works with both Android and iOS. This app also works with other Realme and Dizo devices such as wireless earphones and smart appliances. It lets you customise various settings on the watch, view fitness data, and update the firmware, among other things.

A large button on the right controls power and some functions on the Realme Watch 2 Pro, but most things can be accessed with taps and swipes on the screen

You can also use the app to download new watch faces to the Realme Watch 2 Pro, and select which apps you want to receive notifications from on the watch, among other things. However, while you can see details of your workouts, you can’t see any maps of routes you have taken within the app or on the smartwatch itself. On the whole, though, the app is clean, easy to use, and gets the job done.

Although Realme pitches GPS tracking as the differentiator on the Watch 2 Pro, what I feel really deserves to be spoken of as the key feature of this device is its display. It’s a sharp, detailed, and bright screen that makes most competing options in the budget smartwatch segment look ordinary in comparison. Text, in particular, is easy to read even with a quick glance, putting all those pixels to good use.

There is a reasonably large selection of watch faces on the Realme Watch 2 Pro, including some artistic and colourful designs to choose from. These could be suitable for certain occasions, but I preferred to stick to one of the default or data-heavy watch faces for everyday use.

Activity tracking primarily uses the pedometer to count steps, while workouts also have the ability to use GPS to more accurately measure distance and pace. Tracking was largely accurate when measured against an Apple Watch Series 5, offering considerably better data for outdoor workouts such as walking and running. However step tracking was a fair bit off compared to my manual measurements.

The Realme Watch 2 Pro counted 1,045 steps when I had manually counted 1,000, showing an error margin of around 4.5 percent. When measured against the Apple Watch, the Watch 2 Pro registered around 5,800 steps after a walk, while the Apple Watch counted 5,500, suggesting that the error margin rose to around 5.5 percent over that longer distance. This isn’t too bad, but it’s higher than the reasonable error margin of around 3 percent that we’ve seen on many budget fitness trackers.

Heart rate and SpO2 tracking on the Realme Watch 2 Pro are decent enough, offering accurate measurements when compared to a standard pulse oximeter. The Watch 2 Pro did occasionally show oddly low readings, but this usually fixed itself in a few seconds.

Sleep tracking is fairly accurate as well, and all of the tools and apps on the Realme Watch 2 Pro worked well during my time with it. The guided breathing app offers vibration prompts to help meditate for a predetermined amount of time, while other tools such as the camera shutter remote and music remote are particularly useful. I quite liked that Realme Link is supported, since this let me access and control connected devices directly from the watch.

Battery life on the Realme Watch 2 Pro is very good. With normal use, the 390mAh battery powering the device lasted me for around eight days on a single charge, and I estimate that lighter use of the GPS functionality could stretch that for at least another couple of days. Charging the device was convenient and fairly quick as well.

The Realme Watch 2 Pro isn’t its most advanced or best-looking option, but it is among the better options you can buy for less than Rs. 5,000. Although step tracking accuracy falls a bit short, this smartwatch makes up for that with features such as GPS, heart rate and SpO2 tracking, and more. Furthermore, the excellent display and reliable connection with a smartphone make this a decent wrist-top second screen for your notifications.