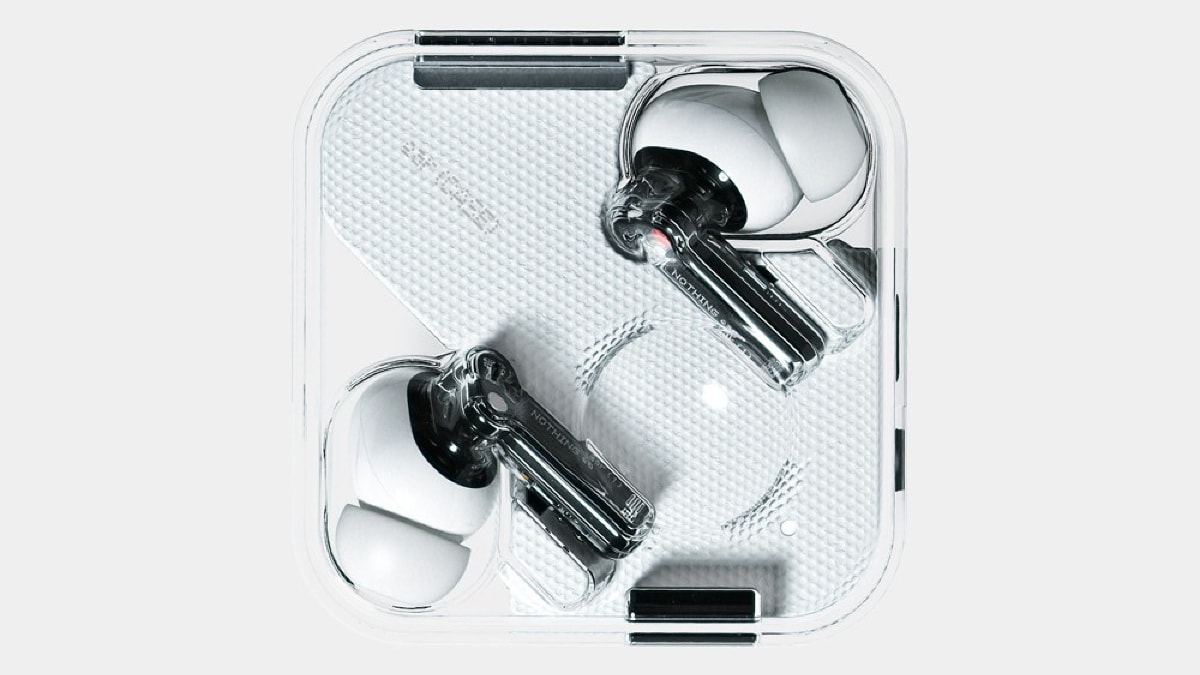 Nothing Ear 1 will be listed with a discount during the Flipkart Big Billion Days sale. The earbuds will get Rs. 500 off during the upcoming sale, which will be valid till stocks last. The Flipkart Big Billion Days sale will begin on October 3, and the offer looks to be introduced on the same day. The Nothing Ear 1 true wireless stereo (TWS) earphones were launched by Nothing, a new UK-based electronics brand backed by OnePlus Co-Founder Carl Pei.

The company has announced that the Nothing Ear 1 TWS earbuds will be priced at Rs. 5,499 from October 3. This is a Rs. 500 discount on the earbuds, as they were launched with a price tag of Rs. 5,999. The earbuds will be up for grabs at a reduced price from 12am (midnight) on October 3 to October 10 or till the stocks last. The Nothing Ear 1 is exclusively available on Flipkart.

In addition to the outright discount, the Nothing Ear 1 will also be listed with additional offers for Axis Bank and ICICI Bank card holders. Flipkart has also listed no-cost EMI and a six-month Gaana Plus subscription with the Nothing Ear 1.

Nothing Ear 1 specifications and features

Coming to the details, the Nothing Ear 1 has a see-through outer casing that reveals the insides of the earphones and its charging case is also transparent. The Nothing Ear 1 TWS feature active noise cancellation with two levels of intensity to control the level. There is also a transparency mode for hearing your surroundings.

Battery life on the Nothing Ear 1 is claimed to be up to 5.7 hours per charge on the earpieces, and up to 34 hours in total with the case — that is five additional charges from the case. For charging, the Nothing Ear 1 case relies on USB Type-C and Qi wireless charging, with the earpieces latching on magnetically to draw power from the battery in the case. Fast charging through USB Type-C is supported with a 10-minute charge claimed to deliver up to 8 hours of listening time.

The Nothing Ear 1 feature 11.6mm dynamic drivers designed and developed in collaboration with Sweden-based Teenage Engineering. For connectivity, there is Bluetooth 5.2, with support for SBC and AAC Bluetooth codecs. The earpieces feature touch controls for playback, noise cancellation/ transparency modes, as well as volume controls.

The controls and noise cancellation intensity settings can be toggled and customised through the Ear 1 app, which is available for iOS and Android. Additional features in the app include equaliser settings, fast pairing, and firmware updates, as well as in-ear detection that plays and pauses the music when the earpieces are put into the ears and removed, respectively.

Can Nothing Ear 1 — the first product from OnePlus co-founder Carl Pei’s new outfit — be an AirPods killer? We discussed this and more on Orbital, the Gadgets 360 podcast. Orbital is available on Apple Podcasts, Google Podcasts, Spotify, Amazon Music and wherever you get your podcasts.
Affiliate links may be automatically generated – see our ethics statement for details.
This article was originally published by Ndtv.com. Read the original article here.
Share on Facebook
Share on Twitter
Share on Pinterest
Share on LinkedIn