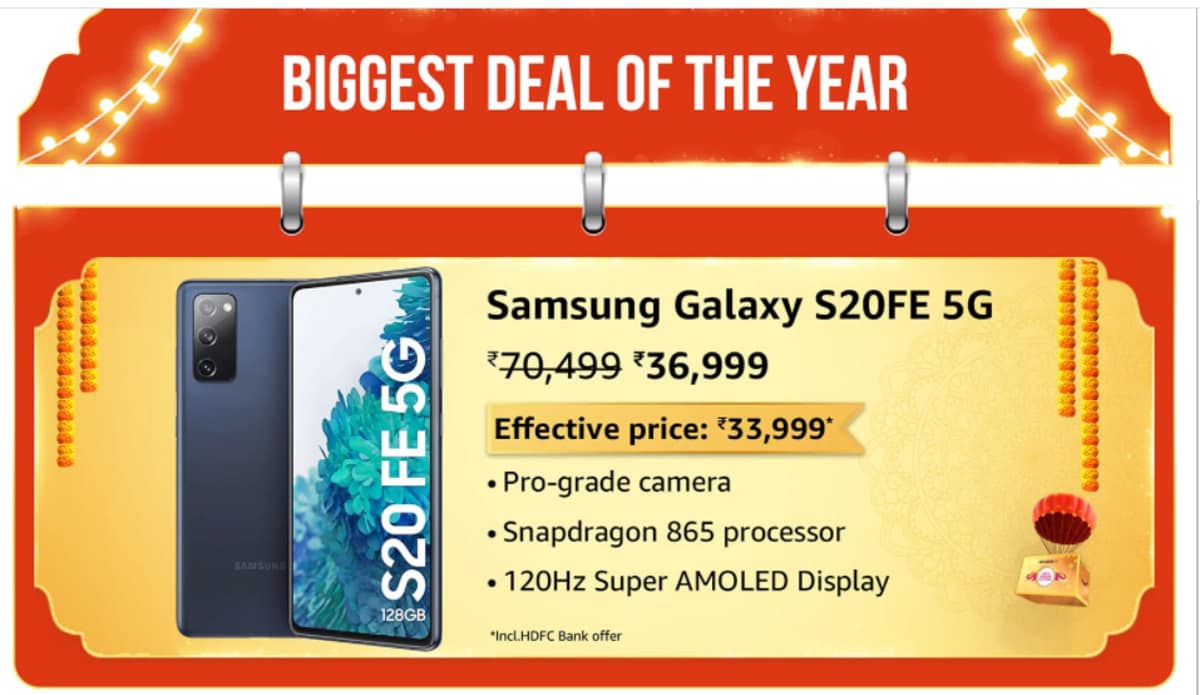 Amazon Great Indian Festival 2021 Edition is all set to begin at midnight tonight for Prime members. For all users, the sale will begin on October 3. Prime members get 24 hours early access to all the deals and discounts. Just ahead of the sale, the e-commerce giant has revealed a preview of deals. Amazon says that the Great Indian Festival would include over 1,000 new product launches from top brands such as Samsung, OnePlus, Xiaomi, Sony, Apple, Boat, Lenovo, HP, Asus, and more. The e-commerce giant will offer up to 40 percent off on smartphones and accessories. OnePlus 9 series, iPhone 11, Samsung Galaxy S20 FE 5G are all set to be listed with price cuts and bank offers.

The iPhone 11 will also be available starting at Rs. 38,999 during Prime early access sale. This is a massive discount from the current 49,900 price tag attached to the base model. A price cut of Rs 10,901 will be introduced during the Amazon Great Indian Festival.

Amazon says it will also list Xiaomi phones like the Redmi 9A, Redmi 9, and Redmi Note 10 series with up 10 percent discount. The Mi 11X will be available at a discounted price of Rs. 26,999.

Apart from smartphones, Amazon says that there will be up to 70 percent off on consumer electronics and accessories and up to 60 percent off smartwatches and fitness bands from Apple, Samsung, Xiaomi, Boat, Noise, and Amazfit. Specifically, the Samsung Galaxy Watch 3 is said to be listed with up to Rs. 19,000 discount and the Apple Watch SE will be listed for Rs. 19,900. Amazon will list mobile cases and accessories starting at Rs. 49 and power banks starting at Rs. 249.

Smart TVs will be listed starting at just Rs. 8,888. The e-commerce site will offer up to 50 percent off on Intel and AMD-powered laptops. Amazon will also list the 2020 iPad Air in the Rs. 40,000 range and offer accessories worth Rs. 3,000 with select Lenovo tablets.