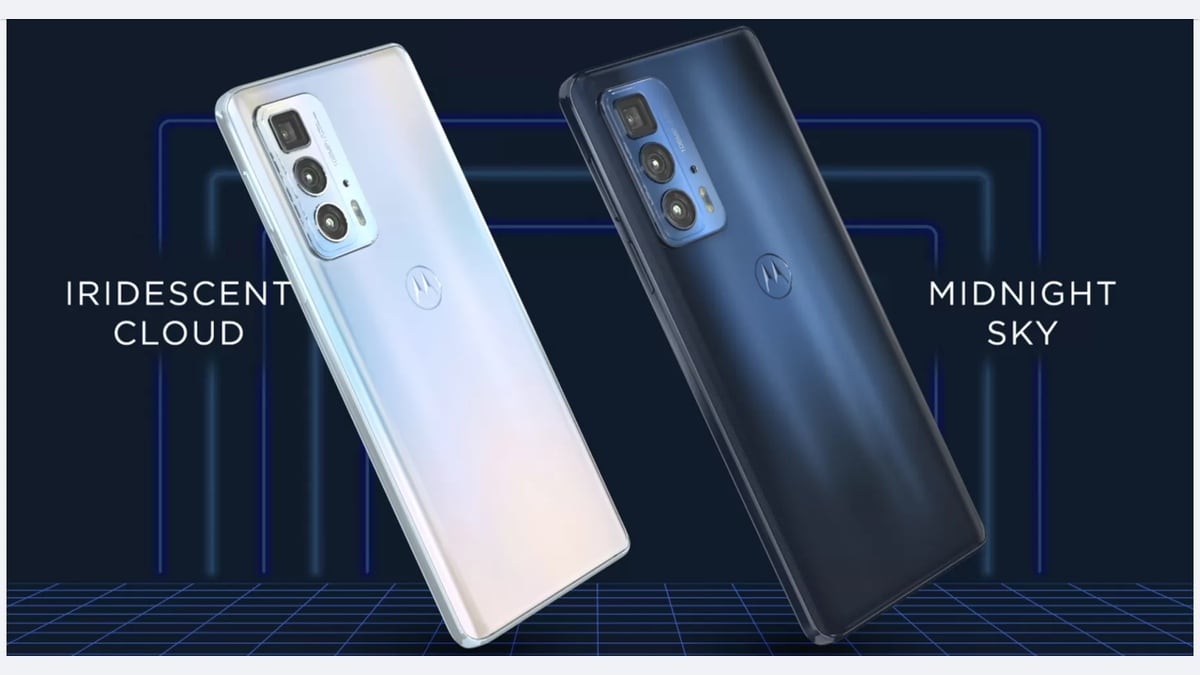 Motorola Edge 20 Pro will be launching in India today at 12pm IST (noon). The flagship smartphone from Motorola had its global debut in late July, launched along with the vanilla Edge 20 and Edge 20 Lite. The Motorola Edge 20 features a 144Hz refresh rate 10-bit AMOLED display with HDR10+ support. The Edge 20 Pro will be powered by Snapdragon 870 SoC paired with 8GB of LPDDR5 RAM. It will get a triple rear camera setup with a 108-megapixel primary sensor. The Motorola smartphone is also said to get two major software updates.

As mentioned, the Motorola Edge 20 Pro will be launching in India today at 12pm IST (noon) and will be available to purchase via Flipkart, as mentioned on the microsite on the e-commerce website. The Motorola smartphone is expected to go on sale during the Flipkart Big Billion Days 2021 sale.

The Motorola Edge 20 Pro will sport a 144Hz refresh rate 10-bit AMOLED display with HDR10+ support, Corning Gorilla Glass 5, and 576Hz touch sampling rate. Its Snapdragon 870 SoC is paired with 8GB of LPDDR5 RAM and 256GB of UFS 3.1 onboard storage. In terms of optics, the Edge 20 Pro will get a triple rear camera setup with a 108-megapixel primary sensor with 50x superzoom, an 8-megapixel telephoto lens with optical image stabilisation (OIS), and a 16-megapixel ultra-wide + macro lens. For selfies and video calls, it will get a 32-megapixel shooter. The Edge 20 Pro will also support 11 5G Bands.

The upcoming Motorola smartphone will be offered in Iridescent Cloud and Midnight Black colour options. The Edge 20 Pro will get IP52 rating for dust and water resistance. All of this will be backed by a 4,500mAh battery with 30W TurboPower fast charging support that will give it up to 9 hours of battery life with a 10-minute charge. Motorola has mentioned that the Edge 20 Pro will come with Android 11 out-of-the-box and get updates for Android 12 and Android 13 in the future.