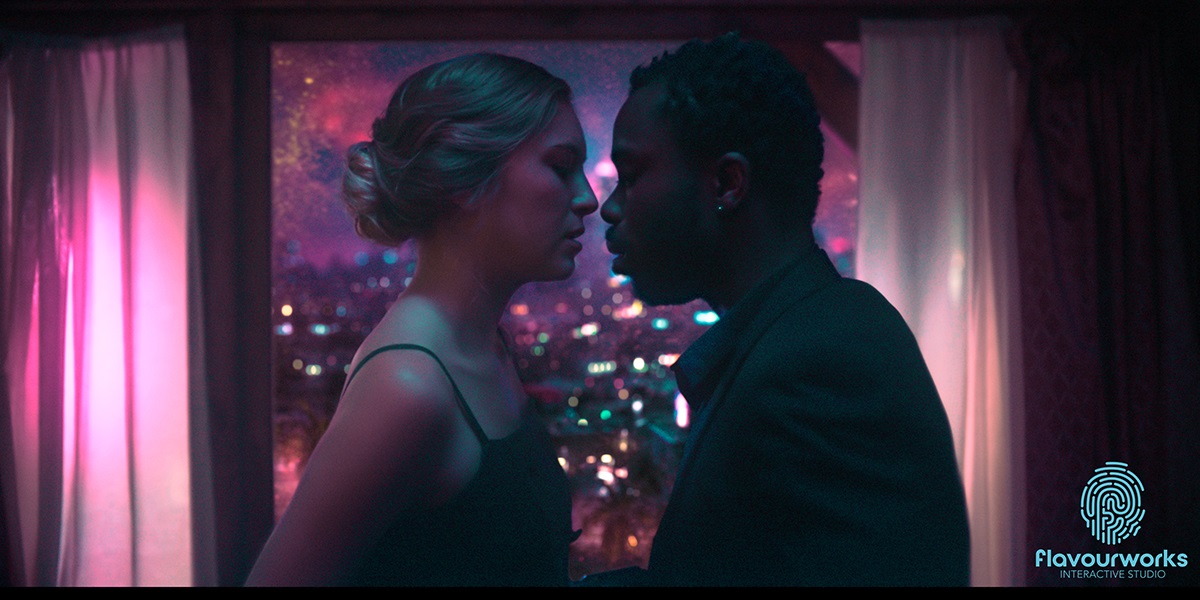 Flavourworks is about to give the game industry a touch of innovation with its next live-action cinematic mobile game using a patented touch video technology.

I got a taste of the first chapter of an upcoming game. It started with a risque scene where I ran my finger down the screen of my iPhone to simulate unzipping a woman’s nightgown. (Get your mind out of the gutter, people! I was playing a demo.) It was part of Crane, the first chapter of the anthology series Hush from Flavourworks. A private beta will begin within a few months.

I had to use my fingers to interact with the movie scenes at key branching points. My fingers could zoom in on an object, make a key choice for a character, or fire a pistol as two characters stared each other down. Later in the game, I had to dial a phone number with an old rotary phone with my finger.

It was a taste of what’s to come with Flavourworks’ next interactive film and gaming experience, built on the patented Touch Video Engine technology. The finger movements are meant to blur the line between a passive live-action film and active video game mechanics. The game has full-motion video, complete with actors and real-world environments. They act out a story, but you can play the story as if it were a game. You can make key decisions and even touch the screen to wipe away a tear from a character’s eye.

“What we’ve been dedicating the last couple of years to the creation of this third viable category between film and games,” said Jack Attridge, cofounder of London-based Flavourworks, in an interview with GamesBeat. “We’ve started with Erica on the PlayStation 4 and now we’ve ported it to iOS and the PC. We’re continuing to take Touch Video, which has multiple patents, and that tech is really allowing us to balance gameplay and the video.” 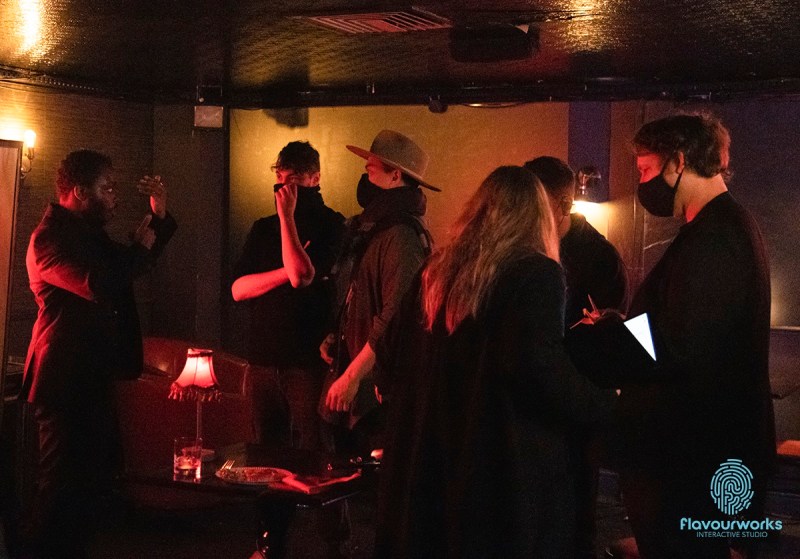 Flavourworks was co-founded by Attridge and Pavle Mihajlovic. Their first game, Erica, debuted at Gamescom in August 2019. Erica has had millions of players across all platforms. It takes about 90 minutes to play, and the median play time is one hour and 54 minutes. Many users completed the game over six times, which is necessary to see all of the endings. Flavourworks gets analysis on the choices, and when Erica is given a chance to speak or remain silent, 98% choose to speak.

They raised $3.8 million in funding in November 2019 to build the interactive live-action platform. (Attridge is going to give a talk about Flavourworks at our upcoming GamesBeat Summit Next online event on November 9-10. The themes are about the parts of gaming that have a chance to deliver the next stage of growth.)

Attridge said that he thinks company has a big opportunity to help games break to the next level because the accessible live-action video technology is the way to reach a bigger mainstream audience that games haven’t quite won over. 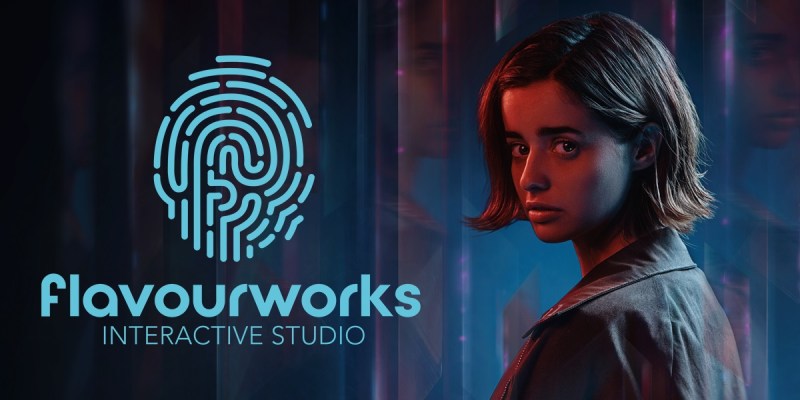 Above: Flavourworks’ first game was Erica, released in 2019.

“We want to reach out and touch the whole world,” he said.

The vision is to make Touch Video tech more intimate and effortless than button smashing on a controller. It provides the user a sense of agency while ensuring the experience is smooth and seamless. This is completely separate from other narrative “controlled” storytelling sometimes seen in Hollywood (i.e. Netflix’s Black Mirror: Bandersnatch) as it’s uniquely created with the user’s intuition and fluid motion in mind.

With Touch Video, Flavourworks has created Cookbook, a proprietary authoring and editing tool suite for flow mapping and editing, with patented mechanics and bespoke gameplay features. And it has built Flavourworks Operating System (FWOS), a lightweight abstraction layer with hardware accelerated video decoding for optimal video playback across all device types (covering consoles, mobile, browsers, and low-end set-top box devices). And with this engine, Flavourworks will be able to increase the pace of its game releases.

About 64% of U.S. households have a set-top box, and 34% worldwide have a smart TV. With Touch Video, the company can target these new platforms for games. The goal is to broaden the total addressable market for immersive narratives and interactive content. Attridge recently brought on board Zack Slatter as CEO. Slatter led new media and distribution at ViacomCBS, AwesomenessTV, and NBCUniversal.

“There’s a lot of appetite around this idea of interactive live-action,” Attridge said. “We felt do it justice, to do it right, it needed to be tackled on the game development side first. We were tackling those interactive storytelling problems on a designer technology level. We need to make something that no one else can do in order to justify us even doing this.” 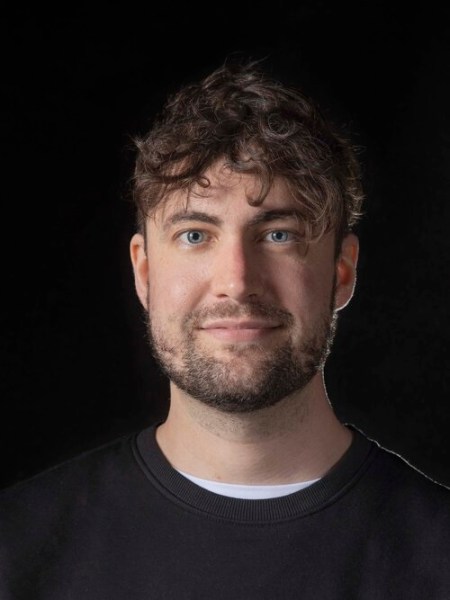 These games are quite replayable because the players can go back and try to make different choices in the second or third playthroughs. Remedy’s Quantum Break was another title that mixed films and games, and it had 40 different versions of videos to show the players, depending on the choices they made. 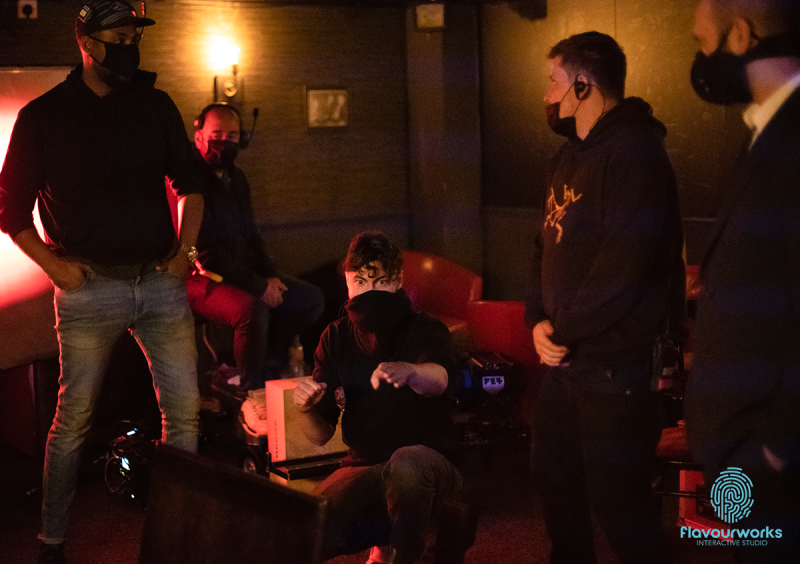 Above: Flavourworks tries to make its scenes immersive.

I think many of us veteran gamers can all remember the interactive movie games of the 1990s, where live-action was blended with games where you made choices. But those games had clunky technology and lots of latency that made waiting for the transitions a frustrating experience.

“The way we’ve tried to approach delivering on the promise of those early days of interactive movies is by embracing contemporary design principles,” Attridge said. “Rather than starting on the film side, we started on the cutting edge of gameplay and understanding that a player is very different from a viewer.”

Attridge and Mihajlovic were inspired after they saw an “immersive theater” show called Drowned Man by Punch Drunk.

“That was something that left a lasting impression on us that we hadn’t really felt in other games,” Attridge said. “It really drove us down the path of merging games and films.”

Attridge and Mihajlovic founded Flavourworks near London’s Silicon Roundabout in 2015 with a radical vision. They wanted to bring interactive stories to filmed content for a global audience. Their investors included Hiro Capital and Sky Ventures.

Ian Livingstone of Hiro Capital started out creating choose-your-own-adventure novels in the 1980s, and so he was an early supporter of the team. Livingstone and Peter Molyneux were the first angel investors. He enjoyed creating branching narratives in Dungeons & Dragons, which he brought to Europe in the 1970s. And he was co-creator of the Fighting Fantasy gamebooks, the iconic series which sold in excess of 20 million copies worldwide. In those books, you could make a choice, and then you would be directed to a later page to see the outcome. 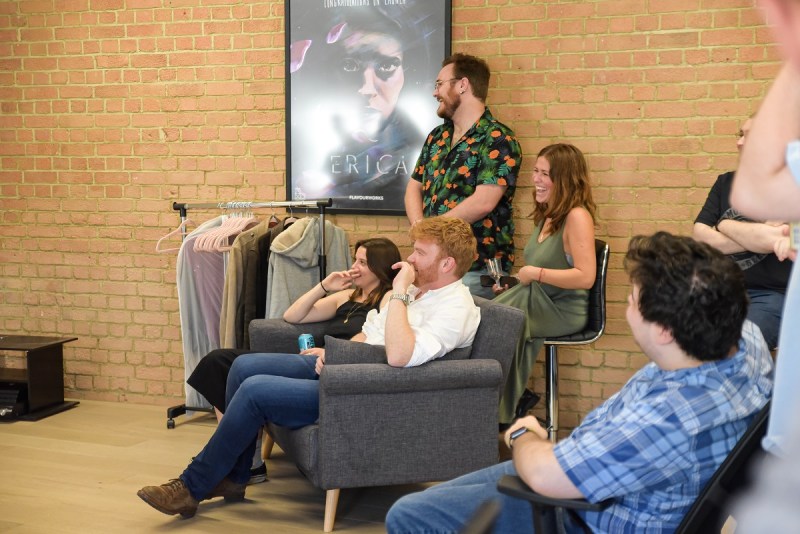 Above: Flavourworks’ team working in London.

“For us, the principle is play, don’t show,” Attridge said.

They developed ways to have interactions trigger an emotional or tactile response. So you could touch your finger on the face of your lover or wipe the dust off an old book as you flip through its pages. You could also flip up the lid on a Zippo lighter and then try to flick it to get a flame going.

The staffing requires talent from both worlds of games and films. The actors can get as much creative to influence the story through their own improvisations in a way that they can’t in a video game. The games using FWOS can even be unscripted. The company now has 26 people, and it’s working on multiple projects.

The company is targeting Erica and its next games toward the rest of the traditional game platforms as well as smart TVs, set-top boxes, and other devices using HTML5 and streaming technology.

“We’re reaching these devices that have been underserved by meaningful narrative experiences,” Attridge said.