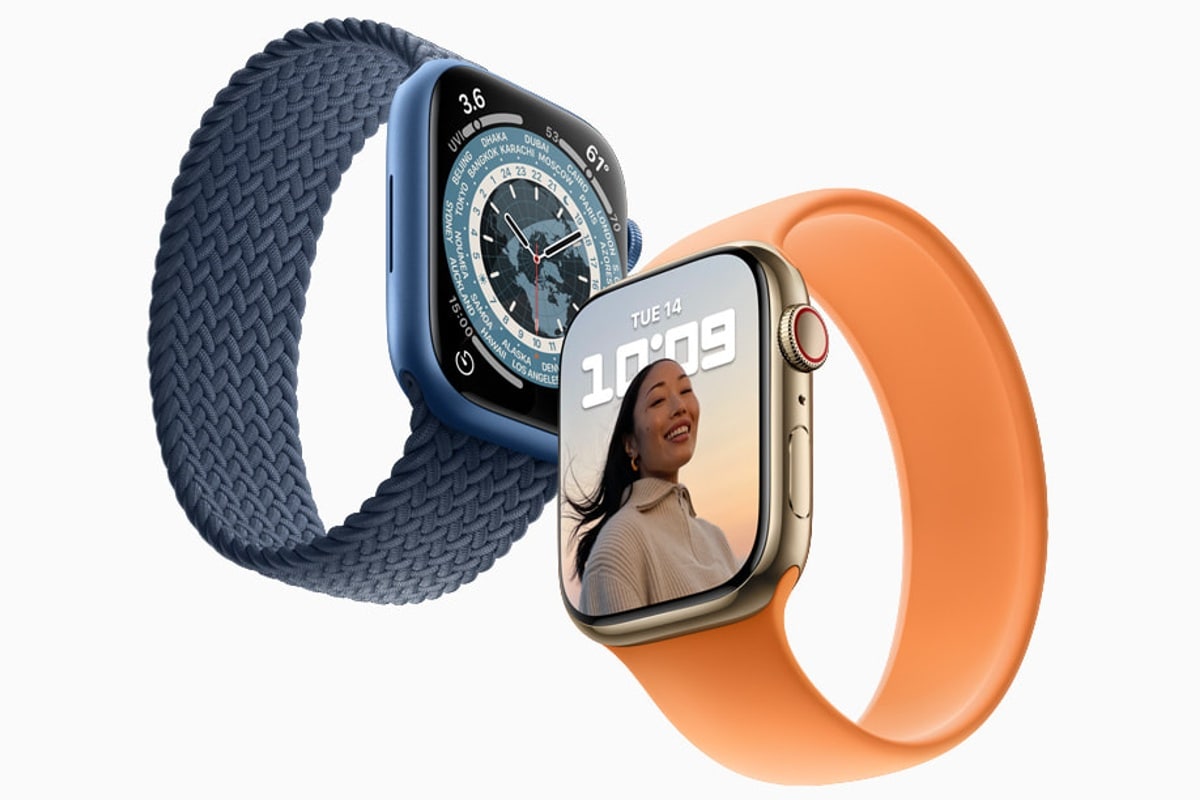 Apple Watch Series 7 price in India and availability have been officially announced. The new Apple Watch will go on sale in the country in the first wave starting October 15, Apple has said in a press statement, with pre-orders starting a week earlier. The Apple Watch Series 7 was unveiled alongside the iPhone 13 series last month. It comes with a larger Always-On Retina display that features more screen area and thinner borders to accommodate additional on-screen content and ease typing. The Apple Watch Series 7 also comes preloaded with watchOS 8 — the latest operating system that includes features such as the new Mindfulness app and enhanced Messages as well as Photos app.

Apple Watch Series 7 price in India will start from Rs. 41,900, Apple has announced. The watch will go on pre-orders in India starting 1pm IST on Friday, October 8, with availability in stores beginning from October 15. Alongside India, the Apple Watch Series 7 will be available in Australia, Canada, China, France, Germany, Japan, Mexico, Russia, South Korea, the UAE, the UK, the US, and more than 50 other countries and regions in the first wave.

Customers will get the Apple Watch Series 7 in five new aluminium case finishes, namely Green, Midnight, New Blue, Starlight, and (PRODUCT)RED. ​​Stainless Steel models, on the other hand, will be available in Gold, Graphite, and Silver shades, along with Apple Watch Edition in Space Black Titanium and Titanium colours.

The Apple Watch Series 7 comes in 41mm and 45mm sizes and is packed in a build that is IP6X certified for dust and WR50 for water resistance. The watch is equipped with an electrical heart sensor and a Blood Oxygen sensor. It also supports the ECG and Blood Oxygen apps to deliver vital details on a connected iPhone on-the-go. The Apple Watch Series 7 is also claimed to deliver 18-hour battery life and is supported with 33 percent faster charging.

On the software side, the Apple Watch Series 7 comes with watchOS 8 and is preloaded with features including a new QWERTY keyboard and two new watch faces, namely Contour and Modular Duo. The larger display also carries an optimised user interface.