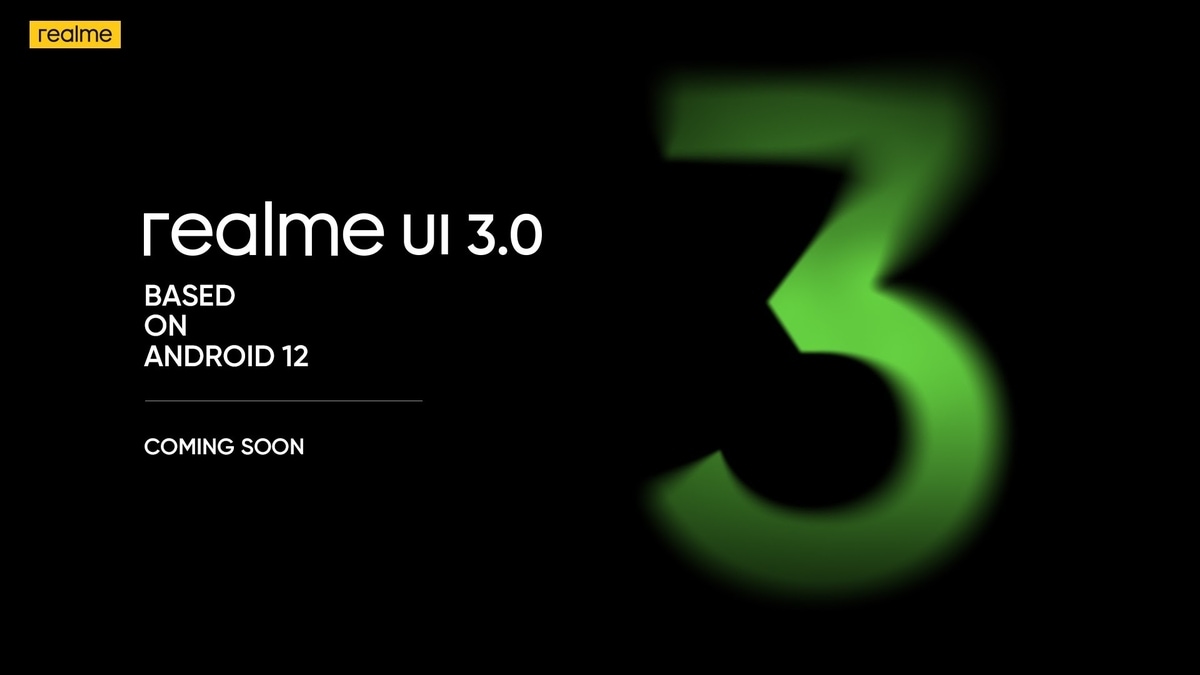 Realme GT series will be the first smartphones from the company to receive Realme UI 3.0, based on Android 12, which has also been confirmed to launch in India soon. Other smartphones will soon receive the Android 12-based Realme UI 3.0 update. The new OS will also be releasing soon globally, and was announced a couple of weeks ago. The company, however, doesn’t specify the exact date of the launch of Realme UI 3.0.

Realme’s latest flavour of Android — Realme UI 3.0 that is based on Android 12 — has been confirmed to launch soon. The company also mentions that the Realme GT series will be among the first to receive the stable version of the new Realme UI. Other Realme smartphones are said to follow suit soon. The company states that users will soon be able to apply for the update through its community forum.

The new Realme UI 3.0 is said to improve on the “functionality, fluency, customisability, security, and privacy that young users are concerned about.” The entire UI will be refreshed and will have an upgraded experience compared to the outgoing OS — Realme UI 2.0. Realme has also mentioned that Realme UI has surpassed 100 million users worldwide

In September, Realme Vice President Xu Qi Chase announced the Realme UI 3.0 during the launch event of the Realme GT Neo 2. It was reported that Realme will launch the new OS in October but no date has been specified. The list of Realme smartphones receiving the update will also be announced sometime this month. It is also said that the new Realme UI 3.0 will incorporate some of the features that will be found on ColorOS 12, the OS by its parent company Oppo. The Realme UI will also bring a new design with improved privacy and security features.