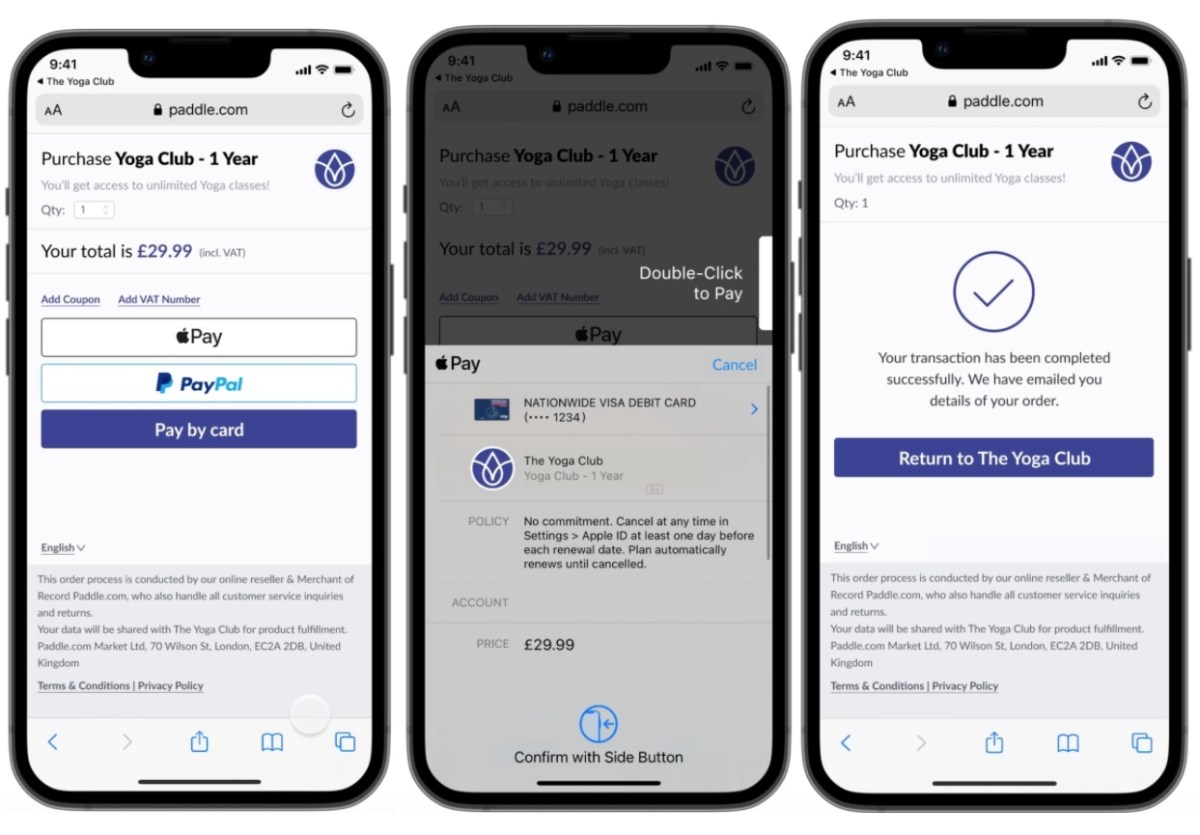 Revenue platform Paddle has announced that it is offering the first alternative payment for Apple users that is not the in-house payment software. After the recent Apple vs Epic court ruling, Apple can no longer prohibit this kind of software from being offered by apps.

Paddle’s payment software for iOS has a UI that appears to look and function very similar to Apple’s in-app purchasing software, probably for ease of use. The user presses a button and is redirected to Paddle’s site, where they can pay with various payment methods, including credit card, PayPal, and Apple Pay.

According to Paddle, the software will circumvent Apple’s 30% commission, and Paddle itself will charge 10% for transactions under $10 and 5% on transactions over $10. Paddle also claims that its software offers developers better options for customer support, subscription control and refunds, and purchase data.

The Epic vs. Apple ruling, while generally rejecting all of the permissions Epic was seeking, did concede that Apple had to allow apps to offer their own payment methods. According to the ruling, Apple was “permanently restrained and enjoined from prohibiting developers from including in their apps and their metadata buttons, external links, or other calls to action that direct customers to purchasing mechanisms … .”

If this catches on, it could be the first of several alternate payment methods offered on iOS, as there’s no longer anything stopping developers from implementing them. However, it would depend on how well they’re received by Apple customers, who have been used to a single payment method for a long time.

Paddle’s software will go live on December 7, around the same time the court’s injunction against Apple’s restrictions goes into effect.