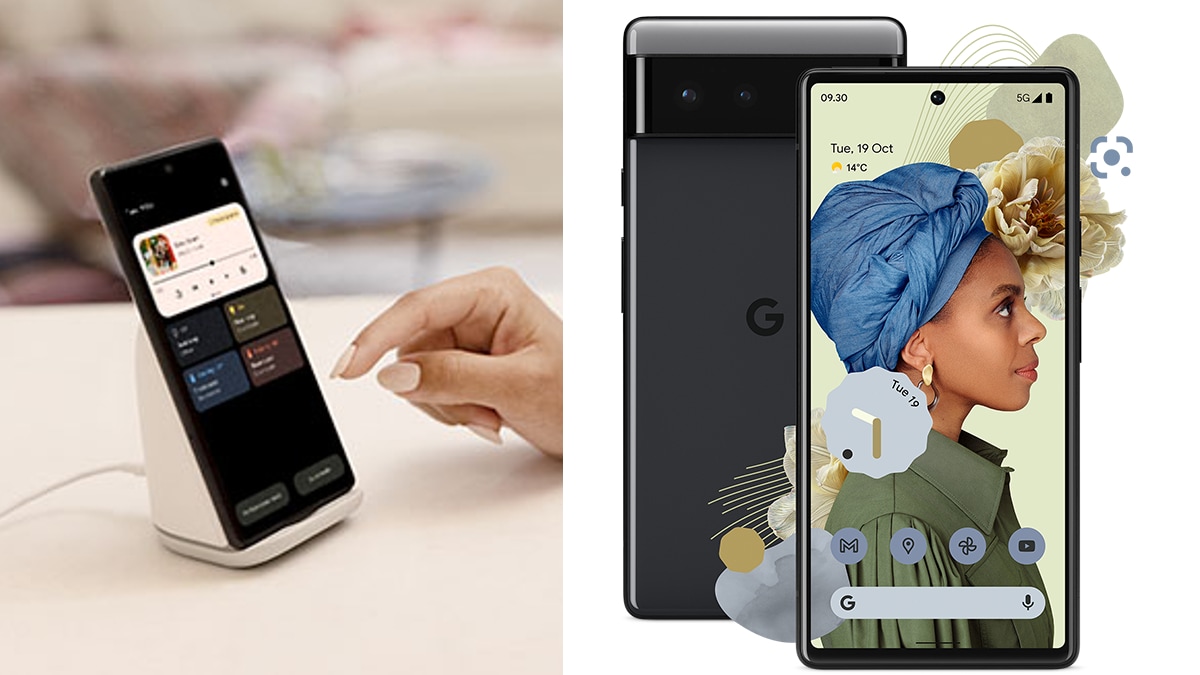 Google Pixel 6 and Pixel 6 Pro have yet again been leaked before their October 19 launch. The specifications and features of the smartphones have been tipped by UK-based retailer listings. Both smartphones are shown to be powered by Google’s latest Tensor chip paired with Titan M2 security chip. The Pixel 6 and Pixel 6 Pro will support 30W fast charging support, however, the 30W charger will be sold separately. A tipster has also shared the official colour names of the two Pixel smartphones along with the memory options.

UK-based retailer Carphone Warehouse has accidentally leaked the upcoming Google Pixel 6 and Pixel 6 Pro through individual landing pages on its website. The landing pages have since been removed, but notable tipster Evan Blass was able to take screenshots of them before they were delisted. The pages give a detailed description of the upcoming Google Pixel smartphones. Both smartphones are set to be unveiled on October 19.

As per the landing pages on the retailer’s website, both Pixel 6 and Pixel 6 Pro will be powered by Google’s Tensor SoC — optimised for efficiency but said to be 80 percent faster than the Pixel 5 with its Snapdragon 765G SoC — paired with the Titan M2 security chip. Both smartphones are said to get a 50-megapixel primary sensor — said to capture 150 percent more light than the previous Pixel smartphones – along with 12-megapixel ultra-wide cameras.

However, the Pixel 6 Pro will reportedly get a telephoto lens that is capable of 4x optical zoom —further extended to 20x using Super Res Zoom. The flagship Pixel also reportedly gets a Magic Eraser feature that removes people and other unwanted objects from a photograph.

The Pixel 6 Pro is said to sport a 6.7-inch LTPO OLED display with variable refresh rate ranging from 10Hz to 120Hz. The vanilla Pixel 6 will reportedly get a 6.4-inch OLED display. Both smartphones are shown to be protected by Corning Gorilla Glass Victus and have IP68 rating for dust and water resistance. As per the landing pages, both smartphones will get support for 30W fast charging, but the Pixel 6 Pro gets 23W wireless fast charging support and the vanilla Pixel 6 gets 21W wireless fast charging support.

Other highlights of the Pixel 6 Pro mentioned on its landing page includes the ability to translate 55 languages without being connected to the internet. It is also said to get an At a Glance feature that displays relevant information about upcoming events like meetings and flight schedules. Both Pixel smartphones will run Android 12 and will get some Google-exclusive features.

As per YouTuber M. Brandon Lee (@thisistechtoday), the Pixel 6 Pro will get a 512GB onboard storage variant in Australia and the US exclusively.