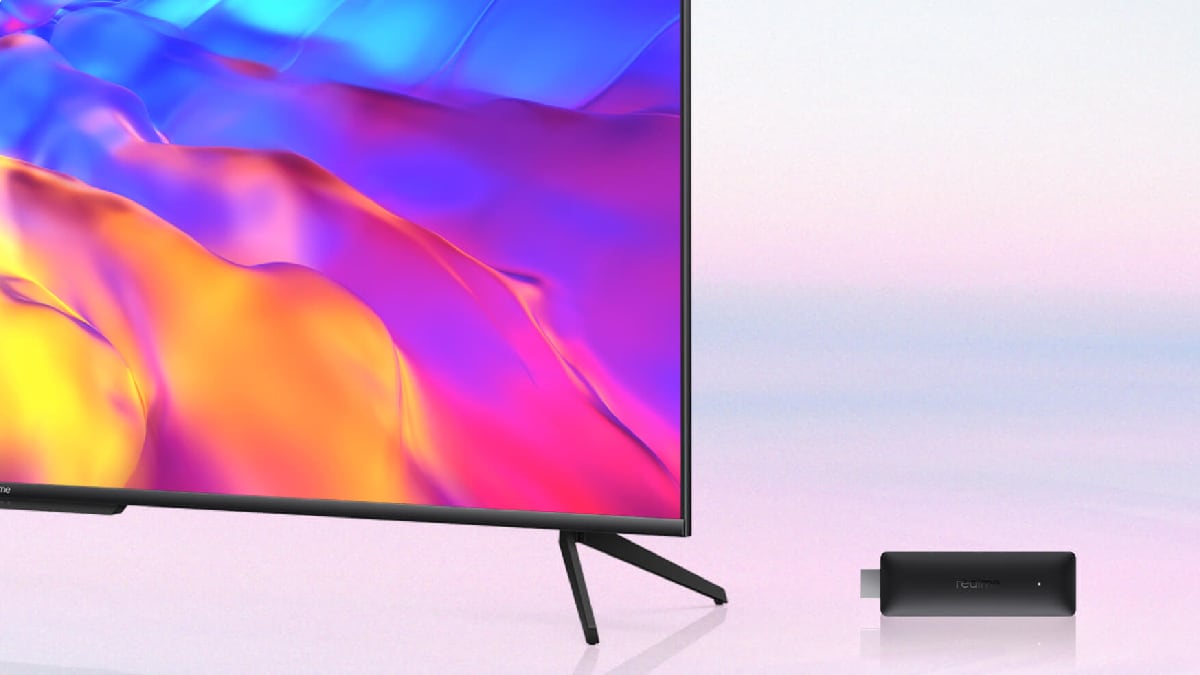 Realme 4K Smart Google TV Stick, the first streaming device from the Chinese company is all set to hit the Indian market on October 13. The device will be launched in the country through a virtual event that will be held on Realme’s official channels. Based on the Android platform, Realme 4K Smart Google TV Stick will support all leading streaming apps. It will run on Google TV instead of Android TV and will offer 4K resolution at 60fps streaming capabilities. The latest TV accessory will be unveiled alongside the Realme GT Neo 2 smartphone and a bunch of new Realme products.

A dedicated microsite on Realme’s website reveals that the Realme 4K Smart Google TV Stick will be launched in India on October 13 at 12:30pm IST at a virtual event streamed live via the company’s YouTube and Facebook channels. The microsite also hints at the key specifications of the upcoming Google TV streaming device. The price of Realme 4K Smart Google TV Stick is not known as of now. On the microsite, the TV stick is shown in Black colour and it doesn’t include any information about the bundled remote.

The new Realme 4K Smart Google TV Stick will support HDMI 2.1 and HDR10+. It will come with Google Assistant support that allows users to check weather forecasts, set reminders, and interact with their smart TV. The streaming device comes with inbuilt entertainment platforms such as Netflix, YouTube, Prime Video, Google Play Games, and more that give users access to all their content in one place.