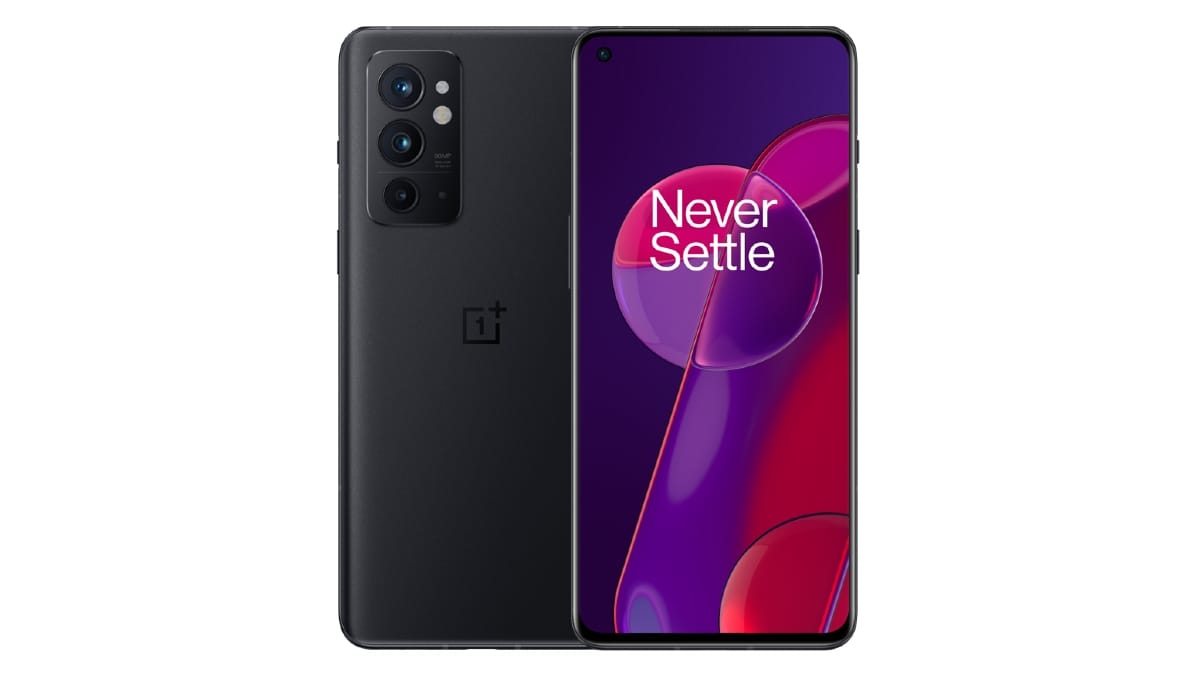 OnePlus 9RT was launched on Wednesday, October 13 as the company’s latest smartphone in the OnePlus 9 series. The new phone, which is an upgrade to the OnePlus 9R, comes with triple rear cameras that include a 50-megapixel primary sensor, a 120Hz AMOLED display, and an octa-core Qualcomm Snapdragon 888 SoC. Alongside the OnePlus 9RT, OnePlus at its live event unveiled the OnePlus Buds Z2. The new trule wireless stereo (TWS) earbuds by the company come with active noise cancellation (ANC) support and include 11mm drivers. The OnePlus Buds Z2 have a latency rate of 94 milliseconds — down from the 103 milliseconds latency of the original OnePlus Buds Z.

The OnePlus Buds Z2 price, on the other hand, is set at CNY 499 (roughly Rs. 5,800). The earbuds will be available for purchase in China from October 19. Customers purchasing the OnePlus Buds Z2 on its first sale day will also be entitled to receive a CNY 100 discount.

Both OnePlus 9RT and OnePlus Buds Z2 will be available for pre-orders in China starting Wednesday.

Details about the India launch of the OnePlus 9RT and OnePlus Buds Z2 are yet to be announced. OnePlus at the event asserted that it was confident to hit the mark of 10 million sales globally in 2021.

The dual-SIM (Nano) OnePlus 9RT runs on Android 11 with Oppo’s ColorOS on top. It features a 6.62-inch full-HD+ (1,080×2,400 pixels) Samsung E4 AMOLED display with a 20:9 aspect ratio, 1300 nits of peak brightness, and up to 120Hz refresh rate. The display also comes with 100 percent of DCI-P3 colour gamut and has a touch sampling rate of 1300Hz. Under the hood, the OnePlus 9RT has an octa-core Qualcomm Snapdragon 888 SoC, along with up to 12GB of LPDDR5 RAM. The phone comes with a triple rear camera setup that houses a 50-megapixel Sony IMX766 primary sensor. This is the same camera sensor that is also available on the OnePlus 9, OnePlus 9 Pro, as well as the OnePlus Nord 2. It is also an upgrade to the 48-megapixel Sony IMX586 primary sensor available on the OnePlus 9R. Further, the primary sensor is equipped with an f/1.8 lens that has optical image stabilisation (OIS).

Alongside the 50-megapixel primary sensor, the OnePlus 9RT has a 16-megapixel secondary sensor with an f/2.2 ultra-wide lens and a 2-megapixel macro shooter. There is also a dual-LED flash. The rear camera setup offers up to 4K video recording and is coupled with hybrid focus.

For selfies and video chats, the OnePlus 9RT comes with a 16-megapixel Sony IMX471 selfie camera sensor at the front that has 1-micron pixel size and is paired with an f/2.4 lens. The front camera also includes electronic image stabilisation (EIS).

The OnePlus 9RT offers up to 256GB of UFS 3.1 storage. Connectivity options include 5G, 4G LTE, Wi-Fi 6, Bluetooth v5.2, GPS/ A-GPS, NFC, and a USB Type-C port. Sensors on board include an accelerometer, ambient light sensor, gyroscope, magnetometer, and a proximity sensor.

OnePlus has provided dual stereo speakers on the OnePlus 9RT, along with Dolby Atmos support. The phone packs a 4,500mAh dual-cell battery that supports 65T Warp Charge fast charging. Besides, it measures 162.2×74.6×8.29mm and weighs 198.5 grams.

The OnePlus Buds Z2 features 11mm dynamic drivers — slightly bigger than the 10mm driver unit available on the OnePlus Buds Z. The earbuds also come with Bluetooth v5.2 connectivity that is claimed to deliver a latency rate of 94 milliseconds. For an enhanced audio experience, the new OnePlus Buds TWS earbuds come with ANC support to reduce noise up to 40dB. There are three microphones for ANC as well as voice calling.

OnePlus claims that the Buds Z2 earbuds are capable of delivering up to 38 hours of battery life on a single charge. There is a 40mAh battery available on the earbuds that is rated to deliver up to seven hours of playback time. The company has also provided a 520mAh battery on the charging case that helps enhance the overall battery life.

The the OnePlus Buds Z2 TWS earbuds are IP55-certified, though the charging case has an IPX4 certification.