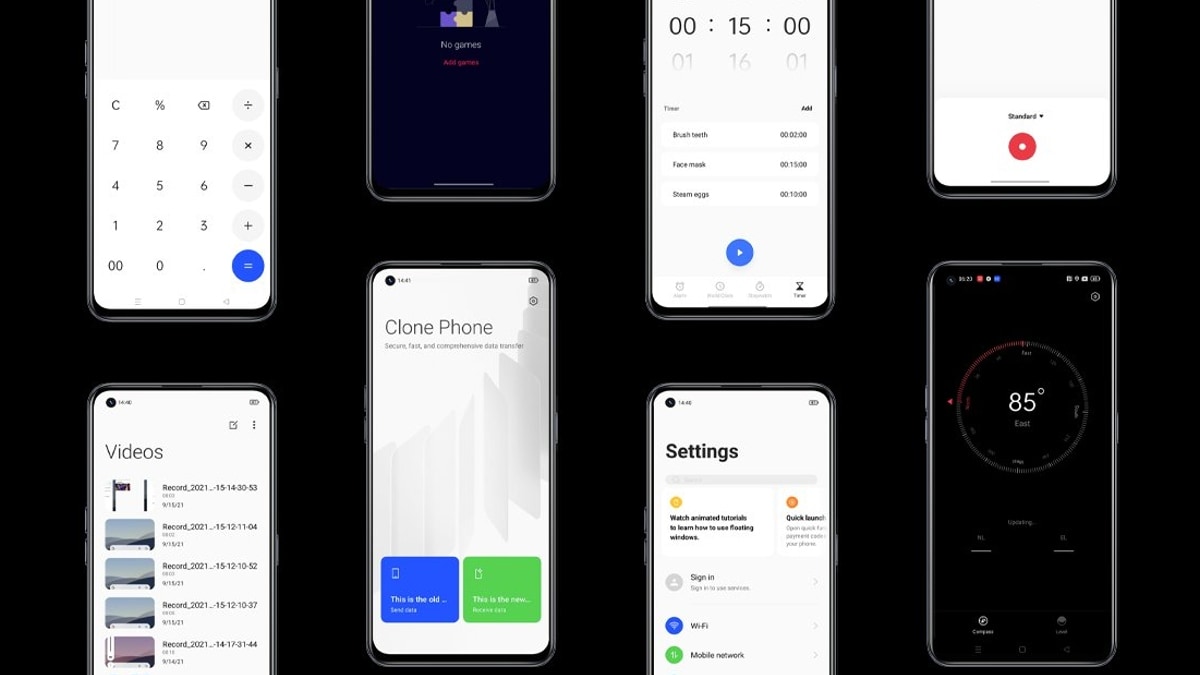 Realme UI 3.0 was unveiled on Wednesday alongside the launch of Realme GT Neo 2 in India. The new custom skin by the Chinese company is based on Google’s Android 12 and is designed to deliver a “brand-new experience” to Realme smartphone users. As a successor to last year’s Realme UI 2.0, Realme UI 3.0 brings all-new icons and an interface that is called Fluid Space Design. The proprietary interface is claimed to deliver a spatial sense to users and provide a list of personalisation features that work with not just icons or backgrounds but also fonts and other UI elements.

One of the latest features that Realme UI 3.0, based on Android 12, brings to the Realme phones is the Fluid Space Design that brings 3D icons, with more weight on their outlines and colour projection to resemble their main colours and bring a three-dimensional look. The company said that in comparison with Realme UI 2.0, the new interface would bring a wider range of colours.

Realme has also designed a new layout interface that gives a spatial sense by reducing information density and widening the white space. Elements such as title size, symbols, and text contrast have also been enhanced to highlight important information.

Similar to other custom skins, Realme UI 3.0 offers a range of personalised features. You can customise icons, backgrounds, and fonts as per your preference. There is also a new global theme colour customisation to let you choose your colour preference that will be available throughout the interface.

Realme UI 3.0 also enhances the always-on display (AOD) experience. It lets you upload your own photo that will be visible on the lock screen — when the phone is idle. The company has also brought its Realmeow mascot to the AOD to enhance its branding on Realme phones and give more design choices for the lock screen. Additionally, there are Omojis like ghosts, food, and objects that can be used for account IDs or directly on AOD.

Realme UI 3.0 also includes an AI Animation Engine that is claimed to help optimise animation effects and provide smoother gesture inputs. Additionally, there is Floating Window 2.0 to improve multitasking and allow users to control floating windows as they like. The company said that the new addition is aimed to make the floating windows even more practical and convenient in a variety of usage scenarios.

Alongside the new interface-level changes, Realme UI 3.0 brings a list of new privacy functions. One of them is Private Pic Share that helps you hide picture information such as timestamp, camera models, and settings when sharing with other users. There is also iOS-like approximate location sharing to help prevent apps from accessing precise location details.

Sony, Xbox and Nintendo Will Not Be at E3 2023: Report
Tech layoffs have left workers living in the US on visas with little time to find a new job #shorts
Dead Space Review: A Bloodcurdling Return to the Ishimura
Meta Gets Nod to Buy VR Content Maker Within Unlimited as FTC’s Request Gets Denied
IMF Teams up with India to Formulate Global Level Crypto Laws Under G20 Framework