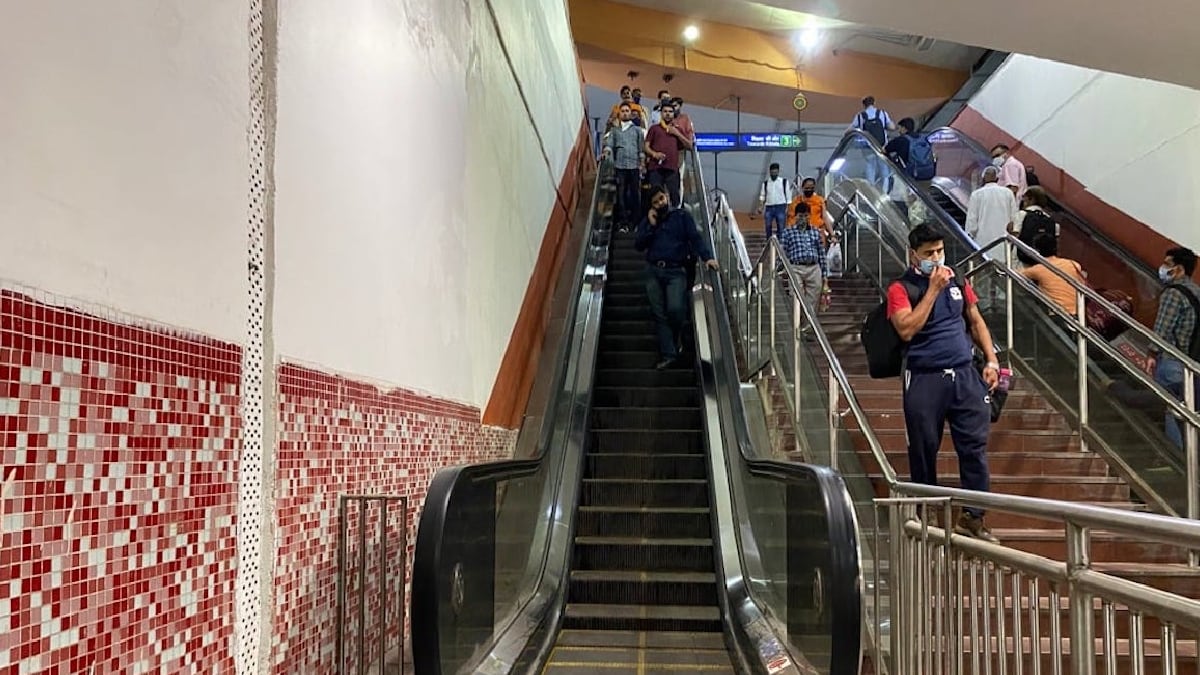 Commuters of the Delhi Metro can now access the Internet using free high-speed Wi-Fi at all its Yellow Line stations, as the DMRC launched the facility on Sunday. The Delhi Metro Rail Corporation in association with a technology consortium is working on introducing this facility inside metro trains (besides the Airport Express Line) also in a year”s time, officials said.

In January 2020, the urban transporter launched a high-speed Wi-Fi facility inside train coaches on the Airport Line that connects New Delhi and Dwarka Sector 21 stations.

It was the first such facility in any country in the South Asian region.

The coronavirus pandemic had hit the national capital in March 2020 and Delhi Metro services were halted for a long time due to its impact.

“The DMRC on a trial-basis had introduced free Wi-Fi service in the trains of its Airport Line, which were suspended due to COVID-induced constraints in 2020, and are now in the process of being restored within the next 10-15 days time,” the DMRC said in a statement.

In its efforts to continuously enhance travel experience for its commuters, the Delhi Metro has successfully introduced the facility of free high-speed Wi-Fi service at all metro stations of the Yellow Line or Line-2, from Samaypur Badli to HUDA City Centre), the officials said, adding that work is on to expand the facility to stations of other corridors of the network.

This high-speed service on the Yellow Line will prove to be a special boon to students travelling to and from North Delhi Campus of Delhi University, the DMRC said.

This service, coinciding with the festival season, has been launched on this line which consists of 37 metro stations, and runs mostly underground through one of the most congested parts of the city, covering outer Delhi, north Delhi through central Delhi, and south Delhi and finally Gurgaon, the officials said.

More than 330 access points have been installed at these 37 stations to provide uninterpreted Internet access to the commuters, the DMRC said.

Apart from providing free Wi-Fi at metro stations across its network, the DMRC in association with Techno Sat Comm is striving to introduce this facility inside metro trains also in a year”s time from here on, the statement said.

Upgrading and installing the desired access points is quite a challenging task in already operational trains, the officials said.

Passengers will be able to enjoy all standard Internet applications like e-mail, Facebook, YouTube, Google search, WhatsApp, video and audio calls, and more after logging into the network.
OUI DMRC free high-speed Wi-Fi connectivity is already available on all stations of the Blue Line of the metro network, the officials said.

The Blue Line (Dwarka Sector 21-Noida Electronic City/Vaishali) consists of 50 metro stations wherein, over 400 access points are placed by the DMRC whereas, the Airport Express Line has been provided with over 50 access points to provide uninterrupted Internet access, the statement said.

With the launch of high-speed Wi-Fi at all stations of the Yellow Line, “OUI DMRC Free WI-Fi” is now available at 94 stations, including interchange facility at New Delhi metro station of the network, the officials said.

This Free Wi-Fi service is being provided by a Consortium led by M/S Techno Sat Comm, the DMRC said.

One may contact the helpline – 9541693693 – if any issues are faced in accessing the free Wi-Fi services at metro stations on all these lines, it said.