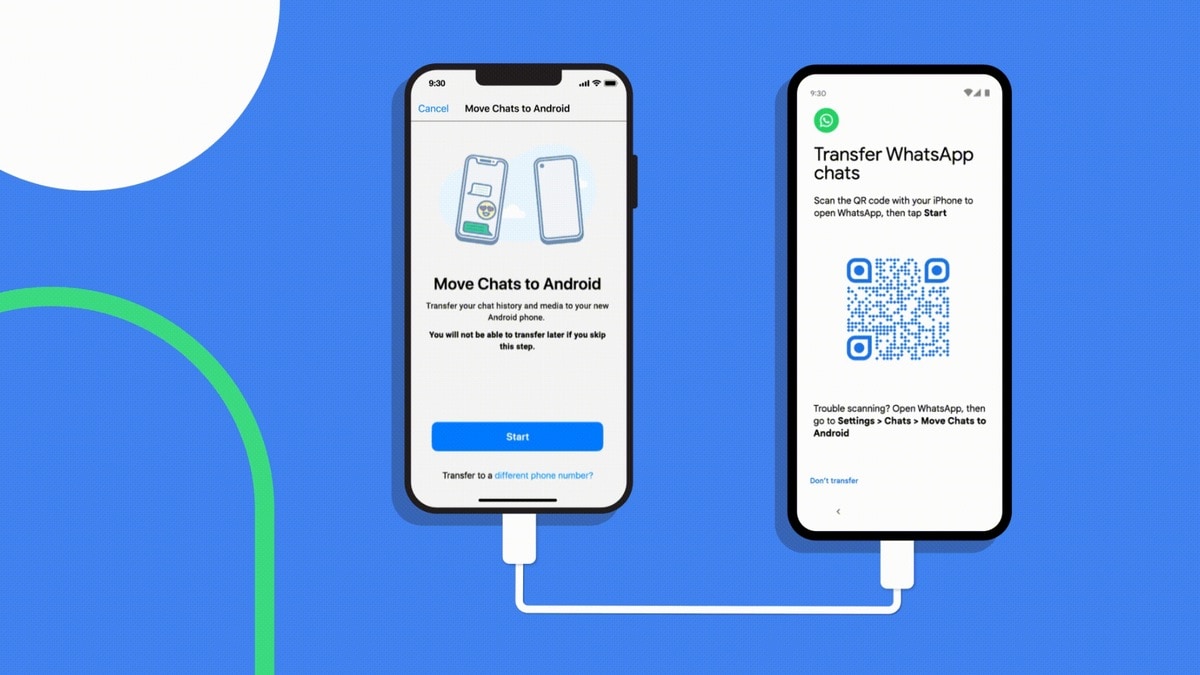 WhatsApp users on iOS will now be able to transfer their chat history to more Android devices. Earlier, this feature was only available for Samsung Galaxy smartphones and now is available for all Google Pixel smartphones. Google also mentions that this feature will also become available for smartphones that are launched with Android 12 out-of-the-box. Notably, users would need a USB Type-C to Lightning cable for this functionality to work. WhatsApp first introduced this feature with the launch of the Galaxy Z foldable smartphones in August.

The blog post also mentions that if the iPhone has trouble scanning the QR code, users would need to open WhatsApp and head to Settings > Chats > Move Chats to Android. Google also said that the user would not receive any new messages while the chats are being transferred.

As mentioned, the WhatsApp chat transfer functionality was already available for Samsung Galaxy smartphones and is now being extended to the Google Pixel lineup. Google also mentions that this feature will become available for all smartphones that will be launched with Android 12.

Earlier this week, WhatsApp features tracker WABetaInfo reported that WhatsApp Business accounts will soon be getting a message rating feature. With this, all users will be able to give feedback to businesses by rating their messages. The ratings would range from one star to five stars with five being the maximum. However, the tracker notes that there is no option to give direct feedback to WhatsApp Business accounts as of now.

Does WhatsApp’s new privacy policy spell the end for your privacy? We discussed this on Orbital, the Gadgets 360 podcast. Orbital is available on Apple Podcasts, Google Podcasts, Spotify, and wherever you get your podcasts.