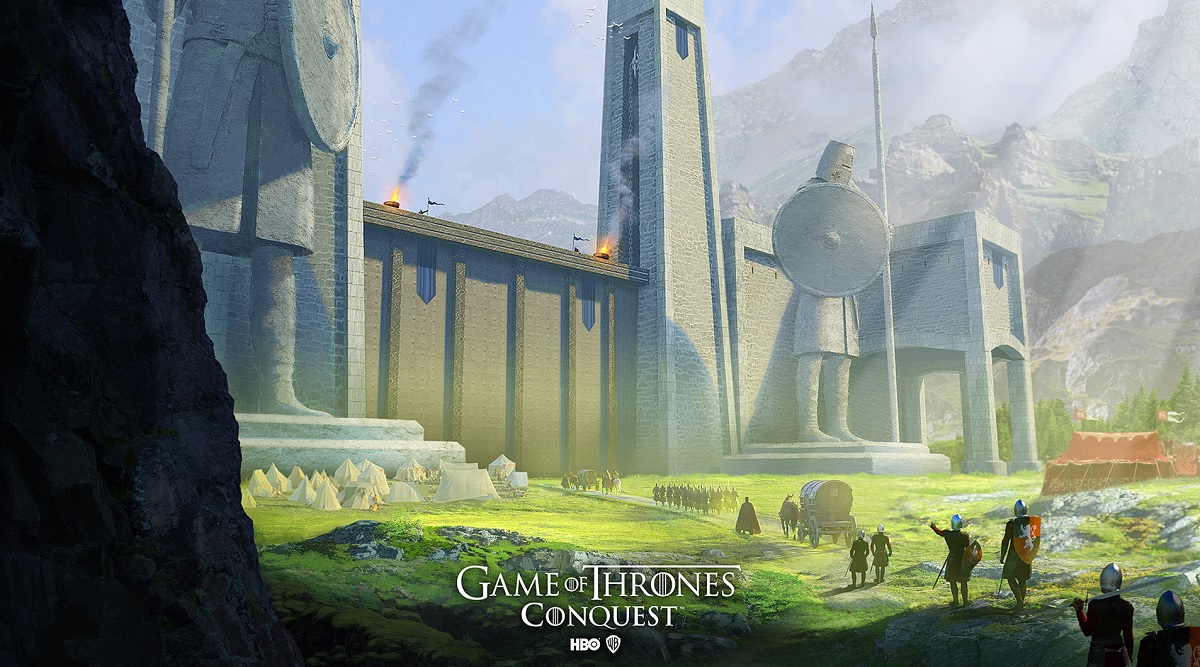 Such updates might seem rather common. But consider that this new adventure that takes players beyond The Wall in The Great Ranging, and it took about a year for the game developers to complete the work.

And also know that, over the past four years, Warner Bros. Games and HBO have generated more than $750 million in revenues and more than 20 million downloads from Game of Thrones: Conquest, according to measurement firm Sensor Tower.

The update to the world of Westeros comes on the fourth anniversary of the top 25 grossing mobile strategy game. The Battlegrounds update lets players join together in a group fight, reliving big moments from the Emmy-winning show. The update has 30-minute instanced events where players have to gang up against powerful enemies.

“Battlegrounds is meant to be a content platform,” said Brian Griffith, product owner at WB Games Boston, in an interview with GamesBeat. “We’ve given players tons of ways to grow more powerful over the past four years and conquer the Seven Kingdoms of Westeros. The gameplay has always been the same. Battlegrounds is meant to give more avenues for competitive play.” 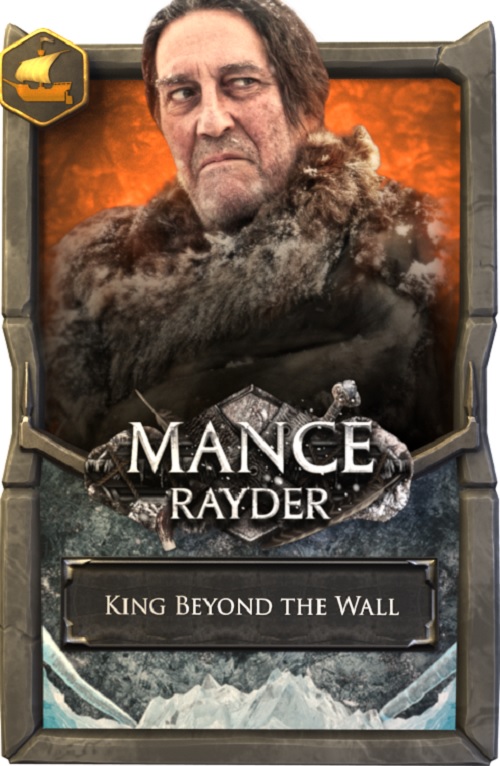 Above: You can win Mance Rayder as a new hero in Battlegrounds for Games of Thrones: Conquest.

All players at Keep level 8 and above will be able to access Battlegrounds via the Iron Gate, a new access point building in their city. Once Allegiance leaders begin the event, members will be able to enter the instance together as one battalion using keys called “Chronicles of Conflict,” which can be earned by completing daily tasks. By working with their Allegiance in these strategic battle events, players can earn unique rewards and break personal records.

The inaugural Battlegrounds event will kick off with The Great Ranging, where Allegiances may join the Night’s Watch on an excursion to the  frozen tundra to combat horrors lurking beyond The Wall. These monsters, including the Pale Spider, Wight Wolf, and Wight Bear, will aggressively scale in difficulty, regenerating health and requiring players to time their attacks to successfully defeat each enemy. Each monster is also vulnerable against one specific troop type, allowing for shortened rally times that bring an even faster pace of cooperative action compared to the core game.

Beyond getting to the Level 8 of the Keep, players can earn their way to the Battlegrounds through daily tasks or by purchasing virtual gold with real money. Battlegrounds will let players explore different areas of Westeros, starting with the Great Ranging, Griffith said. The players can initialize an on-demand event which lasts for 30 minutes. They can get exclusive rewards by killing a Wight Wolf, a White Bear, or a Pale Spider. Each is susceptible to different troop types.

“We want this to be engaging, and we want players to feel rewarded by participating in this,” Griffith said. “We looked at the data. We saw players were not progressing fast enough and we quadrupled the rate at which relics dropped.” 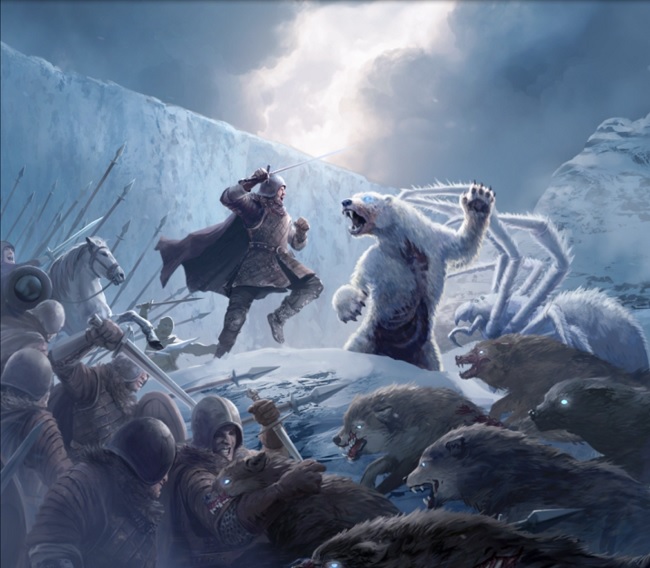 Above: Taking on a white bear in Battlegrounds.

Players have to wait a certain amount of time before they can initialize a new fight.

Each new Battleground will introduce players to another area of Westeros, complete with new enemies and themed rewards exclusive to this mode which allow players to unlock the collectible heroes, Mance Rayder and Rattleshirt, as well as the exclusive Night’s Watch Raven March Pawn. Players can also earn advanced resources and XP upon victory.

The Great Ranging is just the beginning of what players can expect to see out of the new Battlegrounds game mode. The players can band together in player-versus-environment (PvE) battles with big creatures as well as some scenarios for player-versus-player (PvP) combat. In contrast to past releases, the Battlegrounds update will have multiple releases.

“This is the first of many milestones to come,” Griffith said.

With instanced, on-demand maps, this opens the door to both familiar faces returning to the game, as well as opportunities to explore new battle scenarios and new locations in the history of Game of Thrones: Conquest. Additional monsters will also be released in future updates that require even greater coordination from players. To maximize rewards, Allegiance members will need to learn how to effectively execute bomb rallies to defeat stronger enemies, and improve their battalion’s skill with attack timings and troop compositions.

In past updates, Warner Bros.’ Boston studio brought dragons and heroes into the game.

iPhone Exports From India Reached $1 Billion in December, IT Secretary Says
Windows 10 is going away…
Google Pixel Tablet Image Leaks Online; Suggests Only One Model May Be Launched
OnePlus Pad Confirmed to Launch in India on February 7, Design, Colourway Teased
What is Intel playing at…?