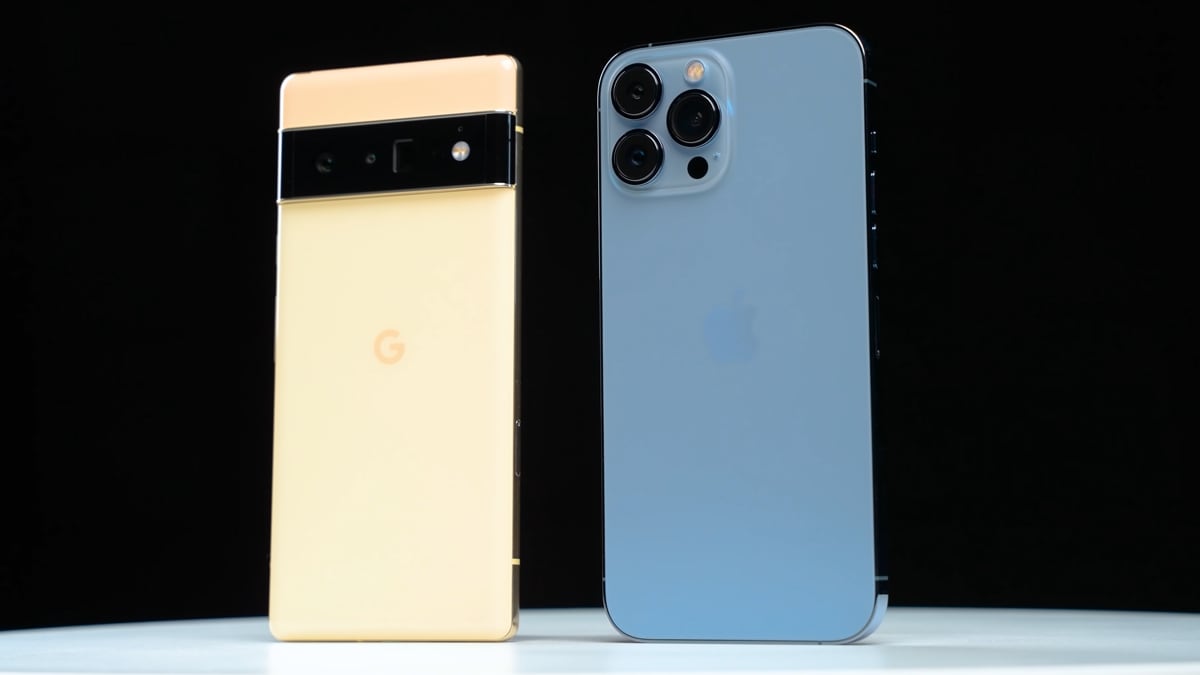 Google Pixel 6 Pro and iPhone 13 Pro Max have been pitted against each other in a new test video that measures how powerful the new premium devices are. The test shows that day-to-day apps open faster in the latest Google phone while Apple wins when it comes to video-editing apps and games. Overall, the video suggests the iPhone 13 Pro Max vs Pixel 6 Pro in terms of performance is a close call. But seems like iPhone 13 Pro Max walks away with the title of the faster device. Google recently unveiled the Pixel 6 Pro with the company’s proprietary Tensor SoC and is also going on sale in the US starting October 28.

Technology channel PhoneBuff has released a four-minute video on YouTube that covers the Google Pixel 6 Pro and iPhone 13 Pro Max speed test in multiple rounds. The test shows opening around 12 apps and 4 games with robotic arms. The video highlights that the Google Pixel 6 Pro beats the iPhone 13 Pro Max on apps such as Facebook, Starbucks app, Microsoft Word, and the Camera app. While the Pixel 6 Pro with the power of Google’s custom-designed Tensor SoC takes the lead in the beginning, the iPhone makes a comeback by outperforming Pixel 6 Pro in opening video-editing apps and games. Ultimately the new iPhone takes the lead in the first lap and the Pixel 6 Pro finishes the lap four seconds slower.

In the RAM management test, the two devices come neck-and-neck but the iPhone eventually wins with a lead of 6 seconds. Still, the test confirms that the new Tensor SoC can be considered a competitor of Apple’s powerful A15 Bionic.

To recall, iPhone 13 Pro Max was launched in September this year with a large 6.7-inch, 1,284×2,778 pixels resolution Super Retina XDR OLED display with the company’s ProMotion technology. It has 12-megapixel telephoto, wide, and ultra-wide cameras at the back. The phone supports Face ID and comes with 5G support.

The Pixel 6 Pro was launched in October this year in limited markets. The smartphone features a 6.7-inch QHD+ (1,440×3,120 pixels) LTPO OLED display that supports a variable refresh rate ranging from 10Hz to 120Hz. The Tensor SoC on the handset is paired with 12GB of LPDDR5 RAM. The Pixel 6 Pro has a triple rear camera setup headlined by a 48-megapixel telephoto shooter. The Pixel 6 Pro comes with 128GB, 256GB, and 512GB UFS 3.1 internal storage options and packs a 5,003mAh battery that supports 30W wired fast charging and 23W wireless fast charging.