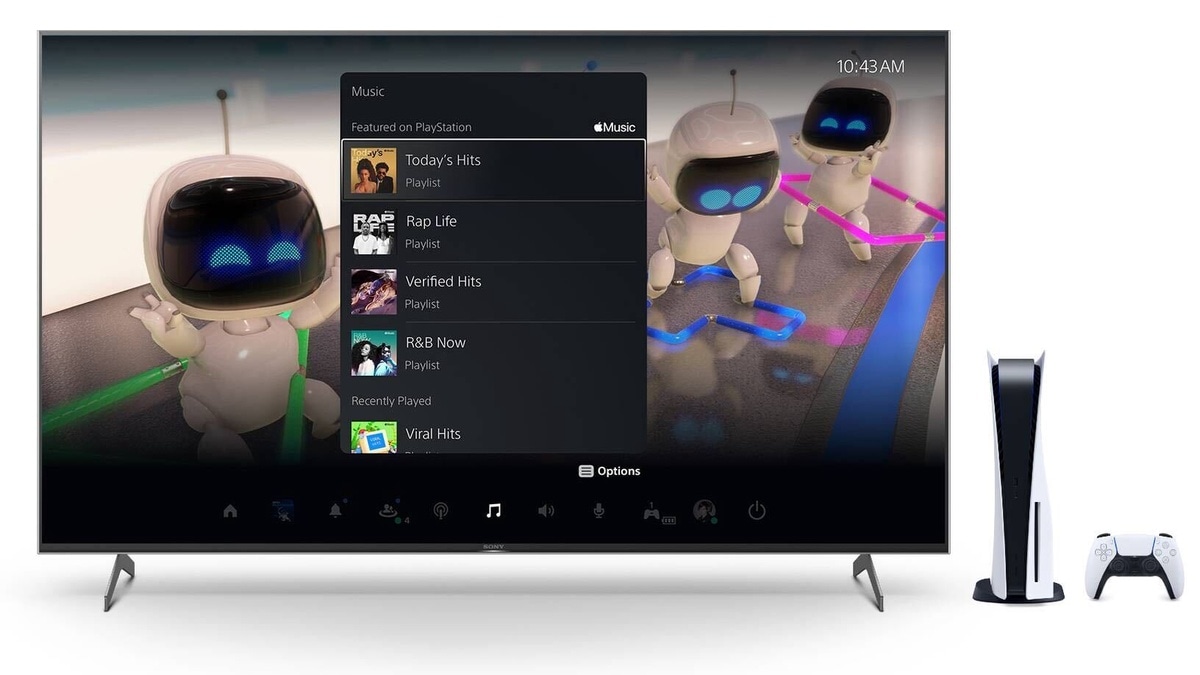 Apple Music is now available for users on PlayStation 5 consoles. Sony announced that PS5 players will now be able to play music through Apple’s streaming service, similar to what Spotify is already offering on both PlayStation and Xbox. Players would be able to listen to music while playing games or can just play their favourite tunes directly through the app. Sony mentions that subscribers of Apple Music can also search and watch music videos directly on the console. There is no information on when the music streaming service from Apple will be available for Xbox consoles.

Sony announced the integration of Apple Music on PlayStation 5 console through a blog post. The Japanese tech giant mentioned that the music streaming service from Apple was made available to PS5 players starting October 27. Players would be able to stream more than 90 million songs, thousands of playlists, 4K music videos, and Apple Music Radio via the Apple Music app on PS5.

PS5 players will be able to play tracks from Apple Music while playing a game by heading to the Music Function card in the Control Center by pressing the ‘PS’ button on their controllers. Alternatively, songs can also be streamed by heading to the app directly. Apple Music will also give recommendations to match the game the user is playing at that moment, or can choose from their own playlists, or any Apple Music-curated playlists for gaming.

Apple Music on PS5: How to set up

Sony also listed the steps on how to set up Apple Music on PS5 consoles:

PS5 vs Xbox Series X: Which is the best “next-gen” console in India? We discussed this on Orbital, the Gadgets 360 podcast. Orbital is available on Apple Podcasts, Google Podcasts, Spotify, and wherever you get your podcasts.