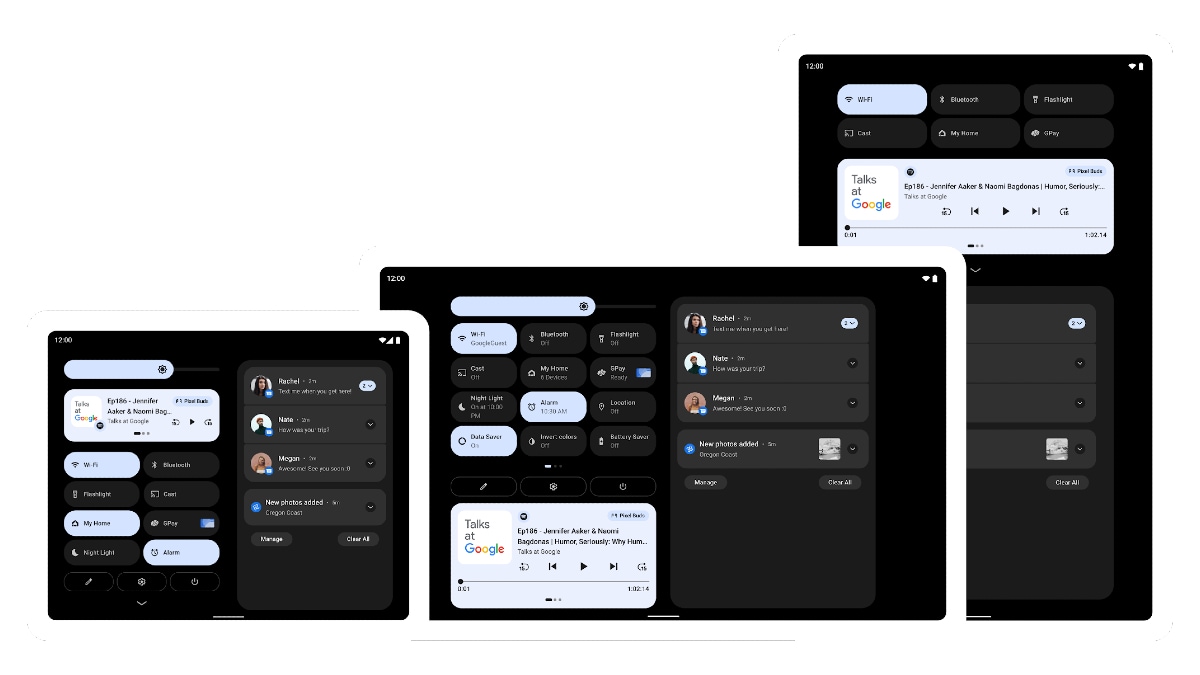 Android 12L has been announced by Google, purpose-built for large screens. The new UI is more refined and brings tweaks across elements such as notifications, quick settings, lock screen, overview, home screen, and more. For instance, on display screen sizes above 600dp, the notification shade, lock screen, and other system surfaces use a new two-column layout to take advantage of the screen’s extra real estate. These two column layouts show more information and are easy to use. System apps are also optimised for Android tablets, foldables, and ChromeOS devices.

In a new blog post on October 27, Google announced the launch of Android 12L for large screen devices. It will be released early next year, and the tech giant is working with OEM partners to bring the new update. Google confirms that the Android 12L developer preview will first arrive on Lenovo Tab P12 Pro. While the tech giant currently focusses on tablets, foldables, and ChromeOS devices, it later plans to open up Android Beta enrolments for Pixel devices as well.

The new Android 12L will take advantage of the extra space to offer new UI experiences when compared to regular smartphones. Apart from the two-column layout in notifications and lock screen, Android 12L also brings a new taskbar that lets users instantly switch to favourite apps. This taskbar also makes split-screen mode more discoverable. With Android 12L, users can just drag-and-drop from the taskbar to run an app in split-screen mode. Google adds, “To make split-screen mode a better experience in Android 12 and later, we’re helping users by automatically enabling all apps to enter split screen mode, regardless whether the apps are resizable.”

Along with the large screen features, Android 12L is said to also include a handful of new APIs for developers, along with a new API level. Google said, “We’ve been careful not to introduce any breaking changes for your apps, so we won’t require apps to target 12L to meet Google Play requirements.”

Google is asking developers to build apps of the future keeping multiple screen sizes in mind. A new API also makes apps fold and hinge-aware. The tech giant says that it will warn users about apps in Google Play store that aren’t optimised for large screens.