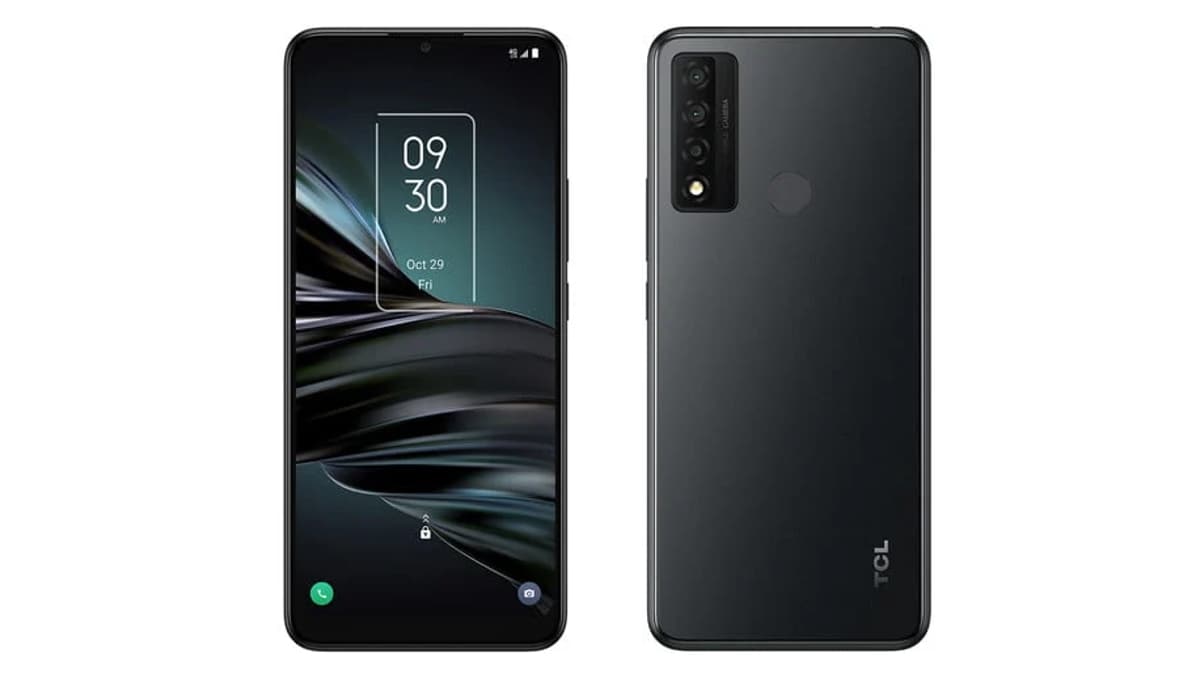 TCL X20 SE and TCL 20A 5G have been launched in the US, according to a report. Both new phones are said to have triple rear cameras and have 18W fast charging support. There is also a custom-designed TCL UI on top of Android. On the distinction part, the TCL X20 SE is reportedly powered by an octa-core MediaTek Helio P22 SoC, whereas the TCL 20A 5G carries Qualcomm Snapdragon 480. The latter also has high-speed 5G connectivity.

TCL X20 SE price has been set at $120 (roughly Rs. 12,000) for the 3GB RAM + 32GB storage variant, Gizmochina reports. The phone is said to be currently available through Metro by T-Mobile. However, pricing and availability about the TCL 20A 5G are yet to be revealed.

TCL has also not yet announced any official details about the TCL X20 SE and TCL 20A 5G.

For photos and videos, the TCL X20 SE has the triple rear camera setup that is reported to have a 13-megapixel primary sensor, along with a 2-megapixel depth sensor and a 2-megapixel macro shooter. There is also a selfie camera sensor at the front.

The TCL X20 SE reportedly has 32GB of onboard storage that supports expansion through a microSD card slot. The phone is also said to have 4G VoLTE, Wi-Fi, Bluetooth v5.0, GPS/ A-GPS, USB Type-C, and a 3.5mm headphone jack on the connectivity front. It is also said to have a fingerprint sensor at the back. Besides, there is a 5,000mAh battery with 18W fast charging support.

The TCL 20A 5G is said to have 64GB of inbuilt storage, with a dedicated microSD card for expansion. The phone comes with 5G, 4G LTE, Wi-Fi, Bluetooth v5.0, GPS/ A-GPS, USB Type-C, and a 3.5mm headphone jack. It also has a fingerprint sensor at the back. Further, the phone is said to have a 4,500mAh battery with 18W fast charging support.

Fntastic Denies ‘Scam’ Claims, Says The Day Before Delay Was Pre-Planned After MMO Gets Delisted From Steam
iPhone Exports From India Reached $1 Billion in December, IT Secretary Says
US Panel to Vote on TikTok Ban Over National Security Concerns in February
The Witcher 3 Next-Gen Edition Physical Release Set for January 26: Details
Cyberpunk 2077: Phantom Liberty Boasts the Biggest Budget for an Expansion in CD Projekt Red’s History