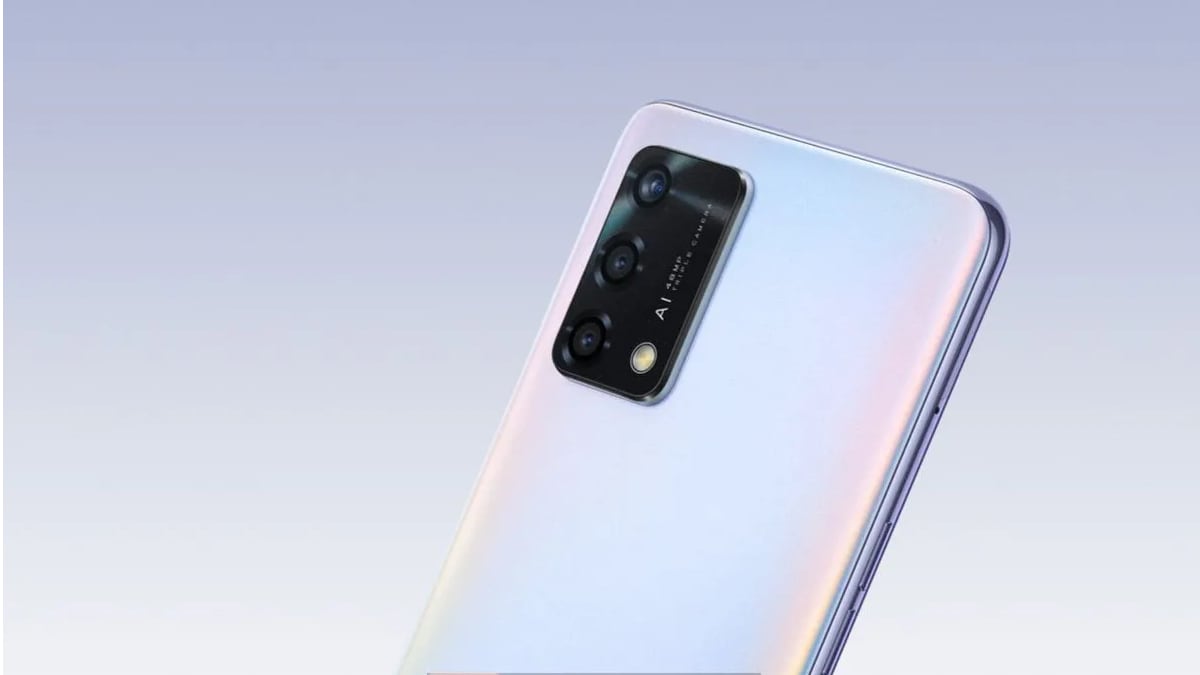 Oppo A95 is inching towards launch as several promotional images and renders of the smartphone have surfaced online. The leaked promo images mostly fall in line with all the rumours and speculations that have cropped up around Oppo A95. The newly leaked renders show a hole-punch design for the selfie camera and suggest two colour options. The new A-series smartphone from Oppo is seen to carry a rectangular rear camera module, housing a triple camera setup. Also, Oppo A95 is said to be powered by a Snapdragon chipset, paired with 8GB RAM and 128GB storage.

In a report, 91Mobiles shared the promo images and renders of the upcoming Oppo A95, sourced from an “industry insider.” The Oppo handset is seen sporting a hole-punch cutout on the display. The leaked renders show the device in two colour options – Glowing Starry Black and Rainbow Silver. According to the report, the handset comes without bezels. The rear panel of Oppo A95 is seen with a triple camera module, headlined by a 48-megapixel primary camera along with an LED flash. As per the report, Oppo A95 will feature a Snapdragon chipset, paired with 8GB RAM and 128GB of internal storage under the hood. The RAM can be expandable up to 5GB. Additionally, Oppo A95 is said to pack a 5,000mAh battery with support for 33W flash charging.

A previous leak mentions that the latest A-series Oppo phone could run Android 11-based ColorOS 11.1 out-of-the-box. Also, Oppo A95 is said to have a 3.5mm audio jack along with earphones bundled in the box. The 4G handset is also in Southeast Asian markets this month. Earlier, the phone was spotted on the Geekbench benchmarking site with model number CPH2365.

Since there’s no official announcement from Oppo yet, these details should be considered with a pinch of salt.

Affiliate links may be automatically generated – see our ethics statement for details.
Advertisement